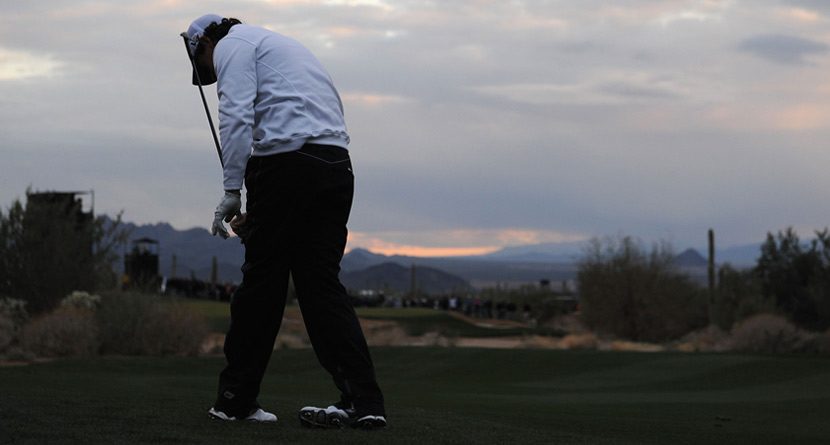 No Tiger. No Rory. No worries. The match play rolls on in the snowy Sonoran Desert and there’s much more intrigue lurking behind the saguaro cacti as the field slowly works itself down towards a single champion. Here’s a superlatives preview for a few key matches during Friday’s second round.

Match Most Likely To Resent The Cinderella Label: Russell Henley and Jason Day In my WGC preview I penciled in 2013 Sony Open champ Russell Henley as one of the tournament long shots not really expecting the Tour rookie to tamp down the smoking hot Charl Schwartzel. Things don’t get any easier for the No. 14 seed as Jason Day is perhaps only a few stellar rounds away from returning to his old 2011 self back when he was considered by many to be the best golfer under 25 not named Rory McIlroy. On the surface you couldn’t ask for two more different personalities as the always cool, congenial Kuchar faces off against the fiery, demonstrative Garcia. Both veterans will compete until the bitter Arizona end and if things can’t be settled on the course maybe they’ll segue over to the Ritz-Carlton tennis courts where both can showcase their overall athletic prowess. These two matches guarantee that there will be at least two Americans moving on into the Sweet 16 which would end up be slightly disappointing considering that 12 Yanks made it through to Friday’s second round. If the 2012 Ryder Cup was any sort of match play litmus test then the Americans will remain strong until the final day of the competition when Ian Poulter will tear their hearts out with a wooden spoon.

Match Most Likely To Attract The Smallest Gallery: Fredrick Jacobson and Marcus Fraser Maybe more people would follow this pairing if Jacobson wore shirts that remained tucked in to his trousers. If you thought the young Dane’s coming out party was his third round pairing with Tiger Woods at the 2012 Open Championship just what until he disposes of Clark and sets up a Saturday morning showdown with Ian Poulter. Somewhere in Dublin Paul McGinley will be watching to see if Olesen has what it takes to contribute at Gleneagles in 2014.