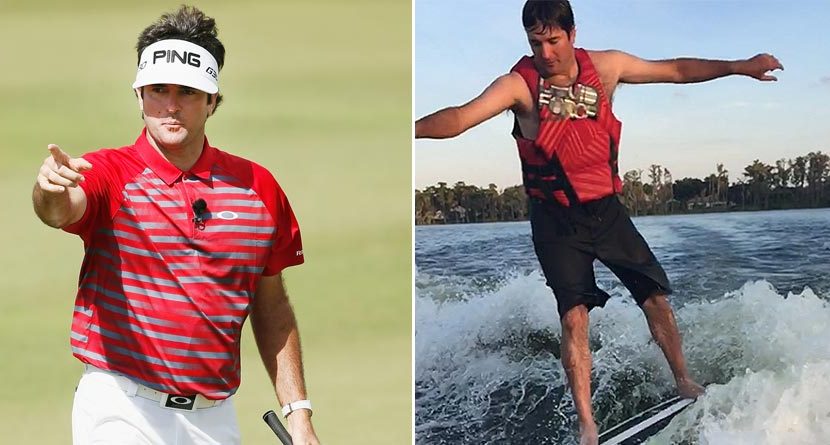 For the most part, Bubba Watson makes golf look easy. His rubber band-like swing seems so effortless and fluid and it clearly works. His two green jackets are proof of that. But apparently, golf isn’t the only thing he’s good at. Watson’s not bad on a board either.

He posted a photo and video of himself wakesurfing Sunday, and he’s pretty good at carving up waves. Take a look at the awesome slow-motion video below:

Golf and water sports are similar, right? Rumor has it Watson may or may not be riding one of these at the Masters in 2015. There also may or may not be any truth to that rumor. It’d probably save his caddie Ted Scott a lot of trouble, though.