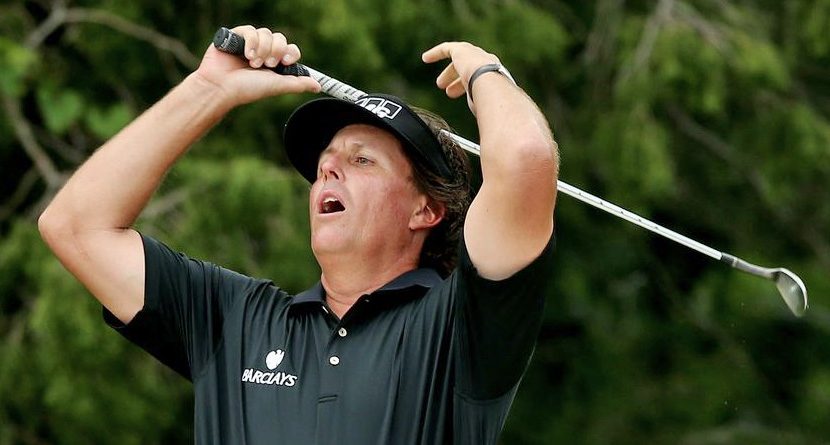 During his recent two-week business trip to Scotland, Phil Mickelson technically earned nearly $2.2 million. What he’ll actually see after taxes, however, is closer to $842,000.

Related Link: Phil Mickelson – ‘I Want To Be An Olympic Athlete’

That’s according to a Forbes.com story stating that Lefty will pay 61.12 percent taxes on his winnings from the Scottish Open and Open Championship. That’s more than $1.3 million in taxes – and doesn’t even take into account his expenses for the trip, his payout to caddie Jim “Bones” Mackay, or any endorsement income or bonuses resulting from the victories.

According to the report, the UK will charge Mickelson’s earnings at a 44.02 percent tax rate. It will also charge him at 45 percent for any bonuses he received by winning these two events, for a part of any endorsement income earned during his time in Scotland, and for a part of any rankings bonuses he may get at the end of 2013.

Mickelson will also get charged a 2.9 percent self-employment tax, a 0.9 percent Medicare surtax, and the 13.3 percent state income tax by California.

You may remember that new voter-approved tax laws in the Golden State went into effect in January. One of them pushed the top income tax rate – for those earning more than $1 million annually – from 10.3 to 13.3 percent.

Mickelson lives near San Diego and brings in well over $1 million a year. He said soon thereafter that he may take “drastic measures” and move his family out of the state because the tax burden was so high. He later regretted voicing his displeasures in public, but you can’t blame him for being peeved.

At 43, Mickelson’s best days were thought to be behind him. But he just won twice in Europe, where he’d never won before. And the victories came on links-style courses, which Mickelson used to say didn’t fit his style.

If he’s gonna keep winning, maybe the Mickelson’s really do need to find a new residence. After all, there are seven states without an income tax, and three of those offer golf weather year-round: Florida, Nevada and Texas.

A move would make cents.

Related Link: Phil Mickelson – ‘I Want To Be An Olympic Athlete’

Other Hot Links:
– Phil Mickelson Can School You Lefty or Righty
– Mickelson and Friends Wear Capes, Yield Swords in China
– Bones & Butch Give Insight on Mickelson