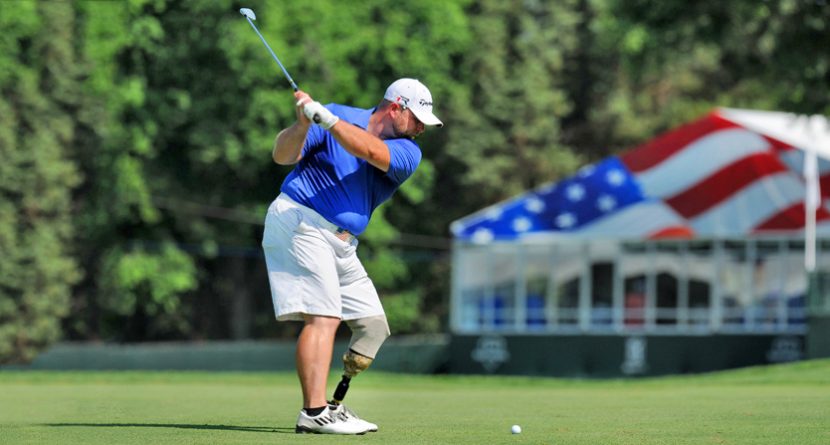 A group of marine veterans from Wounded Warriors Battalion West were professionally fitted for golf equipment by TaylorMade recently, according to a report.

The event took place on November 26, 2013 in Carlsbad, Calif. as part of the Operation Game On project. A number of wounded veterans received brand new TaylorMade equipment after receiving a professional fitting on the TaylorMade the Kingdom driving range.

Operation Game On teaches wounded troops how to rehabilitate their injuries through the game of golf.

Golf can be immensely beneficial to veterans recovering from horrific injuries in battle, as Staff Sgt. Jacob Nelson told the Dvidshub.net website.

“Struggling with post-traumatic stress disorder myself, just being able to get out with people and enjoying things I used to enjoy instead of sitting in my room helps a lot,” Nelson said.

“I love watching the guys progress,” Nelson said. “Watching guys that haven’t touched a club at all, and here eight weeks later they are improving so much.”