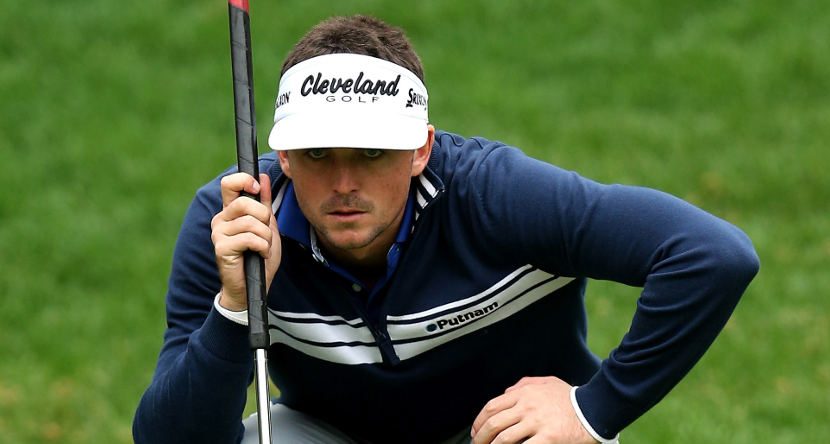 PGA of America leaders from all over the United States convened on Tuesday of this week at Port St. Lucie, Fla., for the annual PGA Conference of Leaders.

The group of 235 people, representing all 41 PGA of America sections, also included past PGA presidents, current Board of Directors and national officers, with many PGA staff members also in attendance. The conference was also streamed live on PGALinks.com for all 27,000 of our members to see.

It was the first official gathering of the PGA of America since our annual meeting at Baltimore in early November. As president, my fellow officers and I, along with our CEO, COO and CCO, participated in an update of our “First 100 Days” as the new leadership team. I presented a review of the work done by our committees and the direction set by the Board in February. The education and membership committees gave presentations which were pertinent to issues facing all members. There was also an active discussion on section engagement from the executive directors’ committee.

At the end of the day, we conducted an open forum, and it was no surprise that the anchoring topic dominated the discussion. Over 80 minutes of the scheduled 90-minute session were devoted to hearing thoughts from PGA members from all over the U.S. on this controversial topic. The meeting on Tuesday marked the first time that the PGA of America’s delegation had convened since the proposed ban on anchoring (Rule 14-1b) had been introduced by the USGA and R&A on Nov. 28, 2012.

My suspicions were confirmed. PGA members are extremely opposed to the ban on anchoring, and the level of discontent is far greater than the 63 percent which opposed the ban last Thanksgiving when a survey was done by the PGA. A straw poll was conducted on Tuesday, and there was not one single hand that went in the air to support the proposed ban of the long putter by the USGA and R&A from the over 200 in attendance.

During the open forum, I gave a brief presentation to our PGA members on local rules and conditions of competition as defined by the Rules of Golf. The reason for doing this was to guarantee that our section leaders were clear on their understanding that, if the proposed ban is implemented, PGA professionals and their facilities will not have the ability to impose a local rule or a condition of competition allowing anchoring without it being a direct violation of the Rules of Golf.  This would be bifurcation of the Rules in its purest sense.

The USGA and R&A do, however, have the ability to create a new condition of competition pertaining to anchoring within the Rules of Golf. This would allow competitions and facilities to have the option to adopt the condition of competition. By doing this, bifurcation in terms of anchoring would not be an issue allowing everyone to play by one set of Rules. If this would happen, there is a distinct possibility that PGA Tour events, and even the major championships, would treat anchoring differently, but that is not unprecedented.

PGA professionals spoke clearly and concisely during the open forum echoing their concerns on how the proposed ban will affect their ability to administer the game at the local level. There was discussion about the politics and inconsistency that will surface around the country if PGA professionals are mandated by their boards, men’s and women’s associations or players to allow anchoring for the enjoyment of recreational amateurs. Bifurcation seems destined if Rule 14-1b is implemented.

However, there has been widespread speculation that if the proposed anchoring ban is implemented by the USGA and R&A that the PGA Tour might adopt in its own set of rules to allow anchoring. The question was then posed to PGA members in the open forum, which rules would you follow? Those adopted by the USGA, banning anchoring, or a set of PGA rules, which might permit it? Less than a dozen in attendance indicated support of USGA Rules and well over 200 indicated support of what could be PGA rules.

This could be ground-breaking territory for the game of golf, particularly in this country. Since 1894, the USGA has governed the game here. During the open forum the question was asked if the USGA and R&A would ever adopt different stances on the proposed rule change. It’s highly doubtful this would happen.

The PGA of Canada recently surveyed its membership and approximately 33 percent responded with nearly 65 percent opposing the proposed ban on anchoring. The PGA of Canada has sent a letter to the USGA and R&A expressing the opinions of its members. I have also had conversations with Shizuo Mori, the Chairman of the PGA of Japan. He indicates that, while there is nothing official yet, he agrees more with the position of the PGA of America and the PGA Tour. Japan and Canada both are governed by the R&A.

A little over a week ago, the European Tour issued a statement in support of the proposed ban. Some would say that this was a reversal of positions based on earlier comments by the European Tour that “there was no compelling reason to change the Rule at this time.” The Sunshine Tour, located in South Africa, also supports the ban.

The PGA Tour recently acquired the Darrell Survey data from 2009 to present as it relates to usage numbers of mid-length and long putters at all official PGA Tour events. In assessing this data, the Tour has cross-referenced the number of players using these clubs per event (of whom almost all are presumably anchoring) with field size, identifying a percentage of use at each event.

From 2009 through much of 2011 between 5-10 percent of the fields anchored. From late 2011 to early 2012, there was a significant spike in usage where the TOUR saw 15-25 percent of the field using these clubs. However, following the end of the West Coast PGA Tour events in the early spring of 2012, usage begins to drop and we see a continuing downward trend that appears to be approaching the previous levels of 2009-2011.

Certainly another issue facing PGA members is at the recreational level. We have serious concerns on how the ban on anchoring could affect the enjoyment of the game by our amateur customers. Over the past few months, I have received dozens of letters from concerned amateurs who look to the PGA of America to stand up and protect their interests. These people are discouraged and frustrated that an anchoring ban will be imposed after they adopted a previously legal method of putting. Most indicate they will play less golf or quit. The game cannot afford this.

One member actually went to the microphone and asked that in the event there were two sets of Rules in the U.S. would the PGA of America ever consider getting into the business of handicaps? That topic was tabled pending the outcome of the anchoring issue.

When Tuesday’s open forum was concluded, it was apparent to me as president of the largest working sports organization in the world that our membership is united on this issue concerning the ban on the anchored stroke. We feel the USGA and R&A have underestimated the impact and ramifications that Rule 14-1b will have on the overall state of the game. It has become one of the most divisive issues that modern day golf has seen. All of these controversial issues will dissipate if the proposed ban is dropped.

The PGA of America feels that there is no logical reason to proceed with Rule 14-1b. On behalf of the 27,000 men and women of the PGA of America and the amateurs that we represent, we have made our opinions public to golf’s governing bodies. Tuesday’s Conference of Leaders was an absolute confirmation that PGA members are aligned in solidarity on this issue.