Texting on Tour With Tiger and Phil 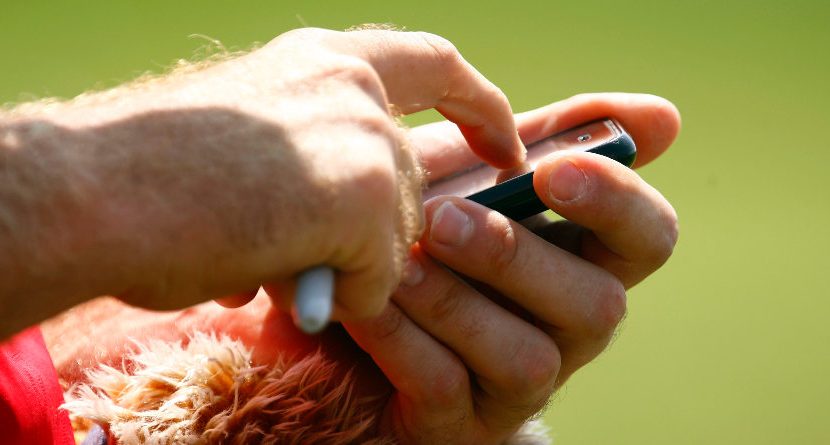 In what I would describe as “the kind of text message I’d never send to my friend,” Tiger Woods messaged Rory McIlroy last week with some encouraging advice, saying “Get your finger out of your a– and win.”

Let’s look at some other great text messages from golf history:

In the lead-up to the 2010 Ryder Cup, U.S. team captain Corey Pavin asked his players for input on who his captain’s picks should be. Pavin reached out to Bubba Watson for his take, and it just so happened he was having dinner with his buddy Rickie Fowler at the time. Fowler remembered later that Watson was texting furiously throughout the meal, but didn’t find out until picks were announced that his spot on the team was decided that night via iPhone.

It’s well known that if you Google “Tiger Woods text messages,” you’ll find a lot of interesting content—most of it not suitable for work. But less well-known was his boastful text to a friend after the 2006 Open Championship. After pulling away from the field on Sunday to capture a 2-stroke victory, Woods took particular pleasure in beating the yellow-clad Sergio Garcia. “I just bludgeoned Tweety Bird,” he purportedly texted.

Phil phones it in

Look up “irony” in the dictionary and there’s probably a picture of Phil Mickelson holding a cell phone. During the opening round of the 2012 Memorial Tournament, Lefty was frustrated with the number of fans taking pictures with their phones—so he whipped out his own phone and texted PGA Tour commissioner Tim Finchem from the sixth fairway. I can only imagine that Finchem responded, “LOL! Sorry bro,” but that wasn’t good enough for Mickelson, who withdrew after the round in protest.