That One Time Martin Kaymer Skipped Ball Off Pond Into Hole 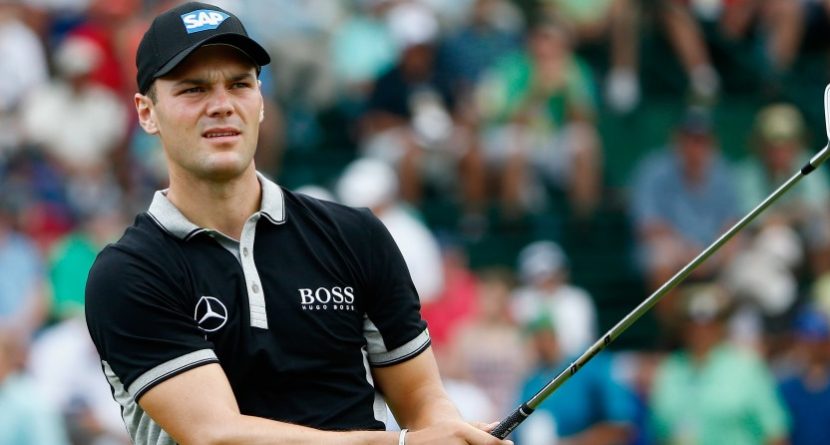 Your current U.S. Open leader, Martin Kaymer, may be ranked 28th in the world – which is an improvement over the No. 39 spot he held to begin the year – but he was No. 1 at one point. That run only lasted eight weeks, but still.

He’s putting on a show through three days at Pinehurst No. 2. After a 5-under-par 65 on Thursday, Kaymer carded the same number on Friday before a 2-0ver 72 Saturday. He entered the weekend with an eight-shot lead, and was up five going into Sunday. His 130 strokes were the fewest ever through two rounds at the U.S. Open, one better than Rory McIlroy at the 2011 Open, when he was 11-under through two.

That someone is crushing a course so many people thought would keep the leaders right around par is impressive. That the 29-year-old German is the one doing the crushing is a bit surprising. Should it be, though?

Kaymer does own his fair share of golf highlights. He won his first (and so far, only) major at the 2010 PGA Championship. He sank the putt that clinched the 2012 Ryder Cup for the Europeans at Medinah. And he won the 2014 Players Championship, joining an elite list of players to win a major, a World Golf Championship event, and the Players Championship.

That’s all very splendid. But we’re most in awe of a shot he took at the 2012 Masters – before the tournament officially got underway. The 16th hole at Augusta National is a 170-yard par 3, but during practice rounds, players often skip balls off the pond between the tee and green, much to the fans’ delight. Two years ago, hitting second in the video below, Kaymer drained maybe the best shot of his career:

This guy is good.