The 5 Richest LPGA Golfers — This Year 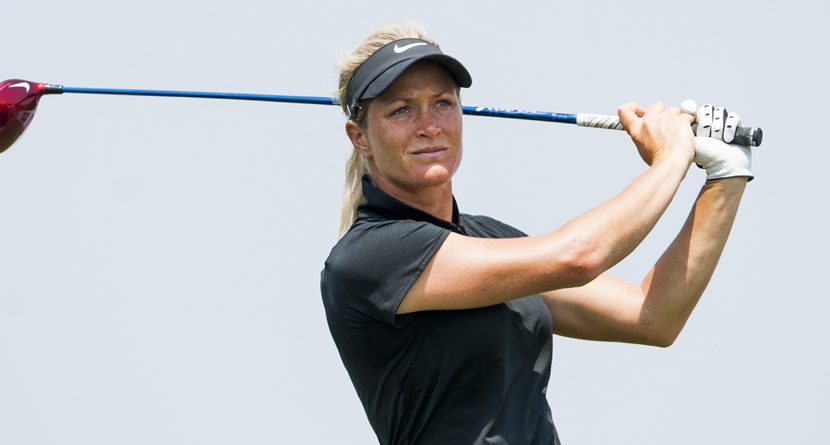 Forbes released its list of the world’s most powerful female billionaires this week, and there’s not a single professional golfer on it.

Historically, we know that Annika Sorenstam earned more than $22 million in tournament prizes during her 16-year professional career, more than any other female golfer.

There isn’t a single female golfer yet who’s earned $1 million this year, although some are close. So for now, here’s a look at the top five money winners for 2013:

Inbee Park: $877,770
This 24-year-old South Korean joined the Tour in 2007 and has made more than $6 million during that time. Of her 11 career victories, six of which have come on the LPGA Tour, two were in majors: the 2008 U.S. Women’s Open and this years’ Kraft Nabisco Championship. This season, Park has racked up a trio of victories and five top-10 results. Stacy Lewis: $712,088
Lewis, a 28-year-old who hails from Toledo, Ohio, is having a solid season. She’s won two tournaments and has eight top-10s. Her career resume includes a victory at the 2008 Kraft Nabisco Championship and nearly $5 million in total earnings. This week, she traded her golf clubs for a fishing rod at the Pure Silk-Bahamas LPGA Classic in Nassau, Bahamas. Suzann Pettersen: $633,089
With career earnings of more than $10 million during her career that started in 2000, Pettersen can clearly still compete with the younger generation. The Norwegian has earned one major victory (2007 LPGA Championship) and has 18 total wins, including 11 on the LPGA Tour. A key to her success this season, in which she has one victory and four top 10s, is her accuracy from the fairway: She’s hit 77 percent of greens in regulation, No. 1 on the Tour. Beatriz Recari: $491,004
A Spaniard, Recari turned professional in 2005 but did not join the LPGA Tour until 2010. Her LPGA Tour career earnings of $1,424,143 is a small number compared to the others on this list, but that just means she’s having a stellar season. With one victory and three top-10s, that qualifies as pretty solid on our book. One interesting note about her season: She’s made five eagles, the third most on the Tour. So Yeon Ryu: $385,704
This 22-year-old turned professional six years ago and has since won 11 tournaments, including the 2011 U.S. Women’s Open. Overall she has two LPGA Tour wins after joining it last year, and eight on the LPGA of Korea Tour. This season, the South Korean is still searching for her first victory but she’s got four results inside the top 10.