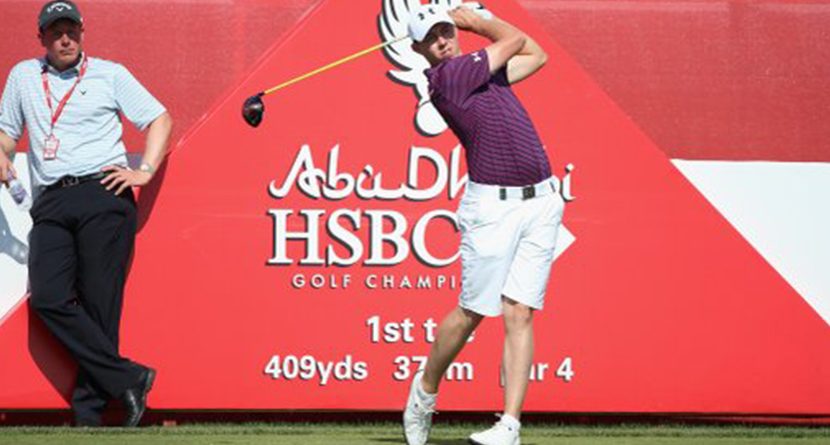 After some urging from veteran European Tour players during last week’s EurAsia Cup in hot and muggy Kuala Lampur and again in the desert this week at the Abu Dhabi HSBC Golf Championship, European Tour chief executive Keith Pelley ruled that shorts were permissible in pretournament practice rounds and pro-ams.

The relatively benign decision has caused quite a stir, partly because it’s January and there’s not much going on and partly because it’s such a shift change from the way things have always been. Players on the European Tour took the news well, with players such as Darren Clarke, Lee Westwood, Ian Poulter, Tommy Fleetwood and Matthew Fitzpatrick taking advantage of the Tour’s version of an out-of-uniform day.

World No. 1 Jordan Spieth and world No. 3 Rory McIlroy, in Abu Dhabi for the event, were on board as well.

“I think it’s awesome,” Spieth said “It will be something that I would love to see on the PGA Tour, as well. I’ve not heard one person complain about it.”

“I think it’s a good idea to let guys wear shorts in practice rounds,” McIlroy said. “I don’t think it should be too big a deal. You look at every other sport and people are allowed to expose their legs, so I don’t see why we’re not allowed to, either.”

As for the PGA Tour, Golfweek‘s Alistair Tait spoke to the Tour’s spokesman, Ty Votaw, who confirmed what we already knew: this trend won’t be coming to America.

“We are aware of the European Tour’s change in policy that allows players to wear shorts at certain events during practice and pro-am rounds,” Votaw said. “The PGA Tour’s policy remains unchanged. Players are required to wear long pants when playing practice, pro-am and official competition rounds.”

Not a shock there, but let’s just be happy that shorts have come (down) a ways since Brian Barnes tried to make them happen in the 1980s.

The dangers of allowing players to wear shorts. This glorious shot of Brian Barnes in 1980. pic.twitter.com/8XrtjygXwc