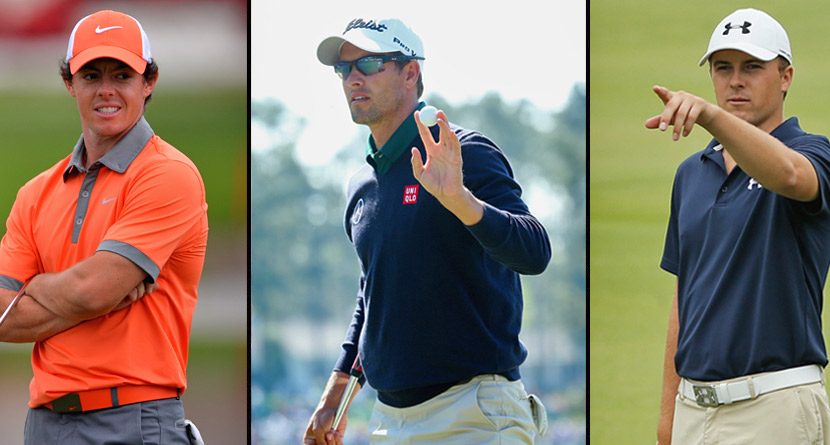 While the world rankings evaluate players based on a two-year rolling system, deciphering who is the hottest player this year can be more difficult. Alas, allow me to introduce you to golf”s ‘win percentage’.

Golf is a game of consistency and often that is lost in measuring a player’s performance over a period of time. Win percentage allows us to look at this year’s golf landscape based on the percentage of competitors a golfer faced and beat.

Let’s take Bill Haas as an example. Last week, he attempted to defend his title at the Quicken Loans National at Congressional CC. The event had a total of 120 players, and Bill Haas finished in a tie for 30th with 8 other players. For that week, Bill Haas’ Win-Loss-Tie record would be 82-29-8, meaning he beat 82 players, lost to 29 and tied 8. His win percentage would be calculated by dividing the number of players he beat (82) by player he faced (119, total field number minus one for Haas himself), giving him a win percentage that week of 70.09%.

By calculating this number for each event a player has player in 2014, we can see who has been the most consistent performer and possibly who we should consider the hottest player in the world.

Thus, here is the win percentage of the current top-25 players in the official golf world rankings: Whilst the numbers prove that Adam Scott does indeed merit his number one ranking, it also shows the recent form of Rory McIlroy, Sergio Garcia, Bubba Watson and perhaps most surprisingly Jim Furyk. Those five are the only players who have beaten more than 80% of the players they have faced in 2014. Whilst Furyk hasn’t won an event since his dramatic win at the 2010 Tour Championship, his form this year shows the type of consistent performer the 44-year old still is.

The numbers also show how Tiger’s form has suffered, even if in just four events, as well as some inconsistent form from Martin Kaymer, Zach Johnson and Phil Mickelson. Not shown, and certainly not “top five”, is Patrick Reed. Despite a breakout season, including two wins, Reed has only beaten 56.50% of the fields he’s faced.

So whilst you may not consider Rafael Cabrera-Bello, Charley Hoffman, Kevin Na, Ryan Palmer and Brendon Todd as top-20 players in the world, this year’s form suggests they are.

Related Link: Tiger No. 21 Among Forbes’ Most Powerful Celebrities