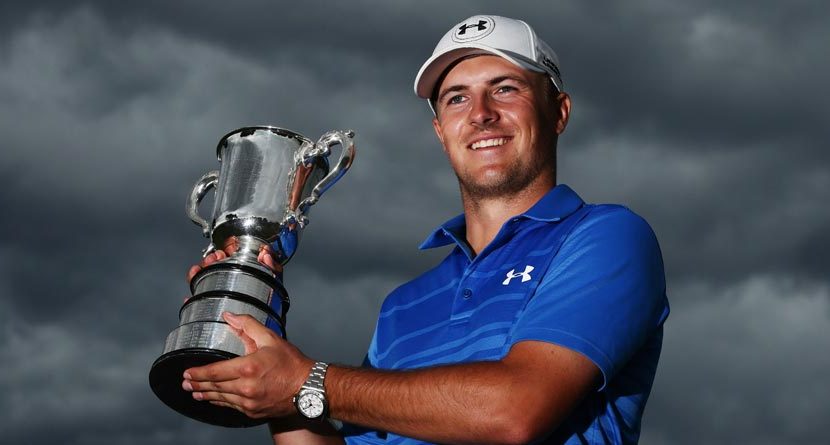 Jordan Spieth’s 2014 campaign got off to a hot start with top-5 finishes at the Hyundai Tournament of Champions and the AT&T Pebble Beach National Pro-Am. He’d follow that up by finishing tied for second at the Masters, but he was never able to break through and win on the PGA Tour in 2014.

After fizzling towards the end of the year, Spieth bounced back and won the Emirates Australian Open in dominating fashion and the Hero World Challenge. The win brought back everyone’s belief that he could be a top player for years to come, and he checks in at No. 5 on The Clubhouse’s list of 20 to watch in 2015.

More Jordan Spieth:
– 5 Things You Need to Know About Jordan Spieth
– 9 Reasons Why Jordan Spieth Is The Coolest 21-Year-Old Ever
– Rory Wowed By Spieth’s Course-Record 63