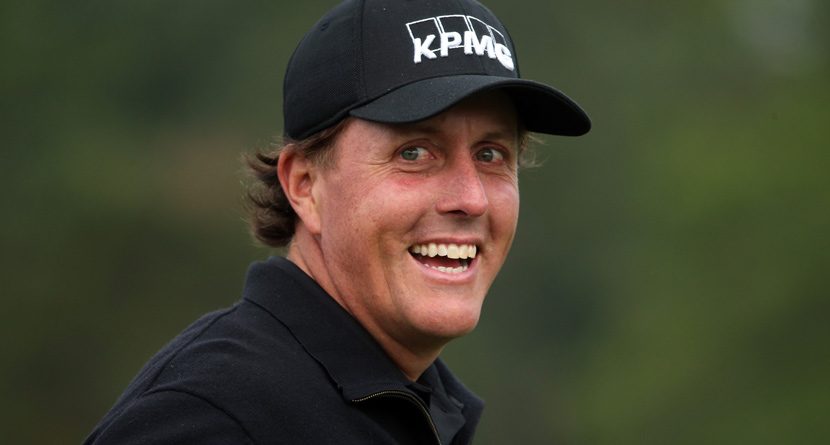 Few things are more legendary around PGA Tour circles than Phil Mickelson’s practice round money games. Thanks to 1993 PGA Champion Paul Azinger, we now have one of the best stories about Mickelson taking someone’s money.

During an interview on Sirius XM’s “Legends of the Links” radio show, Azinger told the story of one particular practice round match that saw him and the late, great Payne Stewart square off against Mickelson and Ben Crenshaw sometime in the early 90s. The game was called “Air Press” and resulted in an awesome quote and a lot of money leaving one man’s pocket:

Ahhh, “Putt it, bitch.” Three words that Paul Azinger wishes he could have back. Being that Zinger is known as someone on tour who would always speak his mind and never back down from a challenge, it’s not surprising that he made Lefty putt it. Knowing Phil Mickelson, it’s no surprise he made it.

At times, it seems like Mickelson just needs someone in his ear telling him he can’t do it. If he could just get Al Czervik to pace him during Sunday at the U.S. Open yelling things like, “Hey, $20 says you miss that putt,” or, “I bet you slice it into the woods, $100,” maybe then Lefty could claim victory at America’s championship?

Mickelson is a notorious gambler who, obviously, has pretty deep pockets and likes to carry around big bills exclusively. This very well could’ve been the first time he played for this much in a friendly match, but it certainly wasn’t the last. Stories about his proclivities range from getting a talking to from the PGA Tour for a bet he made over whether or not Jim Furyk would hole a bunker shot during a round, to speculation that he signed with Callaway Golf due to a large gambling debt.

All I know is that $1,600 is a lot of money … for anyone. I’m going to have to side with Stewart and Crenshaw on this one.