The Great One Graces Augusta 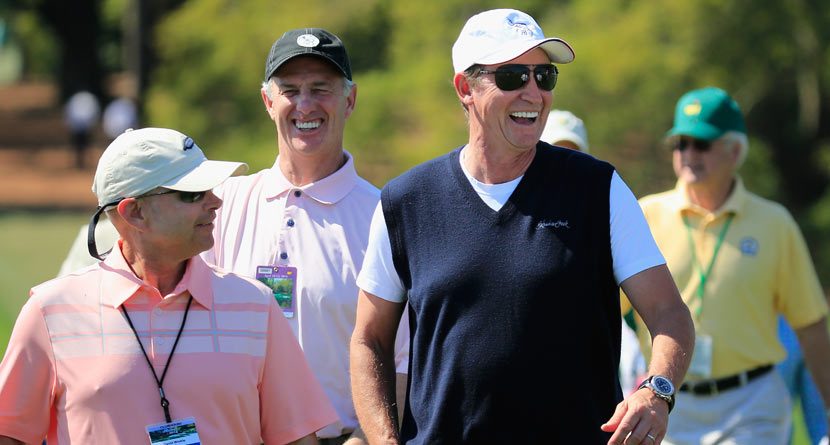 After playing in the Michael Jordan Celebrity Invitational in Las Vegas last week, Wayne Gretzky made the trip to Augusta for the Masters this week. The Great One was spotted on the course at Augusta National during the first and second rounds, accompanied by his daughter, Paulina. Although Gretzky is not only the best hockey player in the family, but possibly of all-time, he thinks his daughter would “dominate” him in golf.” Maybe Mr. Gretzky could ask his future son-in-law, Dustin Johnson, for some private lessons. After all, the two did team up for the AT&T Pebble Beach Pro-Am in February.