The Greatest Golfer Baseball Ever Saw 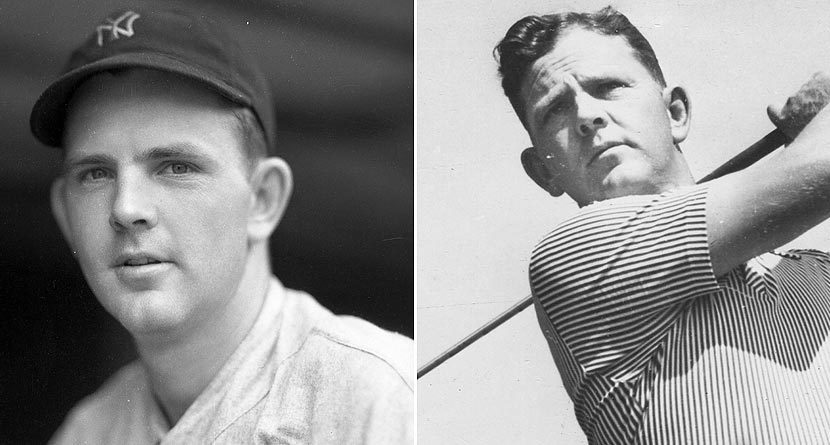 But the best golfer baseball ever saw is probably a name you’ve never heard of… Sammy Byrd. While Byrd didn’t have the most stellar career in Major League Baseball, he did earn the nickname, “Babe Ruth’s legs” for his frequent use as a pinch runner for the slugger. Byrd hit 38 homers, drove in 220 runs and finished his eight-year career with a .274 batting average. In 1936, he retired at age 29 to pursue a career in golf.

Luckily for him, his golf career was a little better than his baseball one. Byrd collected six wins on the PGA Tour and finished third and fourth in the Masters in 1941 and 1942 respectively. According to legend, the man who became known as “Babe Ruth’s legs” could hit his 5-iron farther than the Babe could hit his driver. Understandable, this drove baseball’s greatest slugger mad.

In 1932, Byrd came into Game 4 of the World Series as a defensive replacement for Ruth, making him the only man to play in both the Fall Classic and the Masters. His success at the Masters was not his only (or his best) chance to win a major, though. Byrd came close to tasting major glory at the 1945 PGA Championship where he finished runner-up to Byron Nelson, 4 & 3.