The ‘Jagr’s’ Who Could Win The Masters 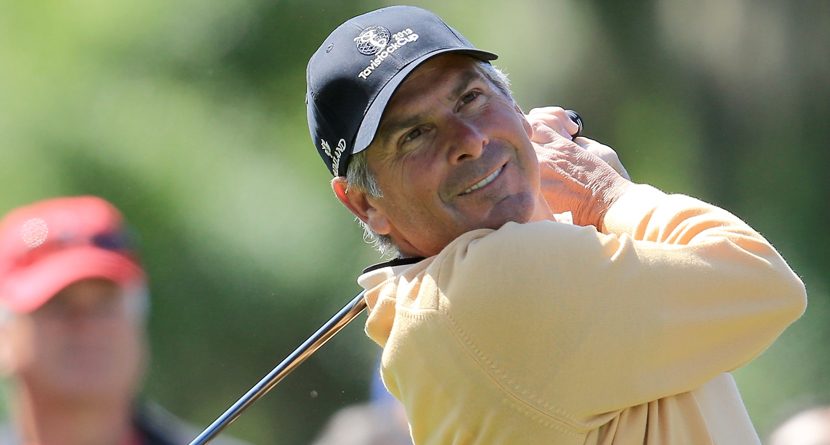 Jaromir Jagr’s recent trade to the Boston Bruins is a stunning story that opens the discussion about age and performance in sports, as the 41-year-old is back playing in the physically demanding — and taxing — NHL.

And, now that we’re into Masters week, the topic of “talented senior golfers” moves to the top of the list.

Aside from this 100-year-old golfing machine, there are some notable names on tour that could potentially make all the senior citizens of the world proud on the hallowed grounds of Augusta National. Here are a few “Jagr’s” of golf that could shock the world this week.

Singh is 50 years old and is still playing on the PGA Tour against guys (kids?) less than half his age. His last big win came at the Deutsche Bank Championship in 2008. Singh won the Masters in 2000 — although he was more of a junior back then.

The 46-year-old has never won a major championship, but he has 12 victories as a professional. One of the best putters on Tour, Stricker finished second on the money list in 2007 after winning three tournaments: the Crowne Plaza Invitational at Colonial, the John Deere Classic and the Deutsche Bank Championship. Stricker’s best Masters result is sixth in 2009. He placed 11th two years ago before a 47th-place showing last year.

Couples, who at one point was the No. 1 player in the world, will enter the World Golf Hall of Fame this year. His last victory on the PGA Tour came at the Shell Houston Open in 2003 when he was 43 years old. Known for his ultra-smooth swing, Couples now plays on the Champions Tour.

Couples is also known for his success at the Masters. He won the 1992 edition and has four other top-five finishes. In recent years, he’s shown flashes of his younger self at his favorite tournament of the season, finishing sixth in 2010, 15th in 2011 and 12th in 2012.

Perry won the 2009 Travelers championship at the age of 48 and currently plays on the Champions Tour. In 2009, Perry lost a two-shot lead in the final two holes at Augusta, eventually losing the Green Jacket to Angel Cabrera in a playoff. At the time of the defeat, Perry was just four months shy of his 49th birthday. He’s not playing Augusta this week, but his track record earns him a place on this list.