The Lion Sings Tonight: John Daly Hits It Hard In His Car 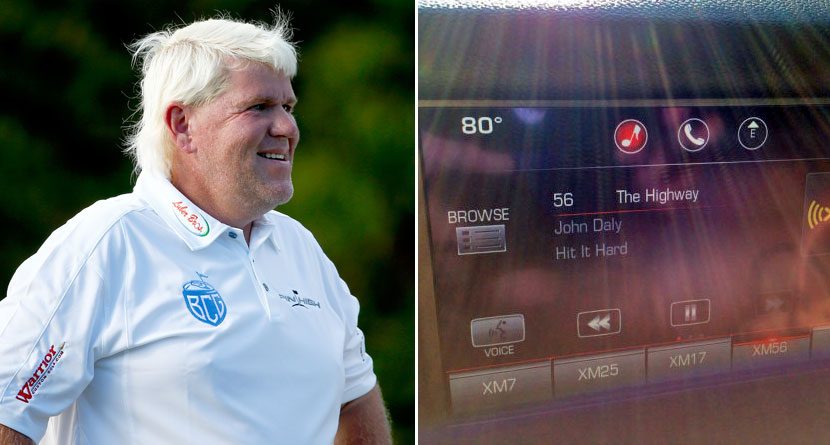 I’d imagine hearing yourself singing on the radio is a lot like seeing yourself play professional golf on national television. I, myself, have experienced neither, but I know a guy who has: John Daly.

Daly was supposedly driving through Arkansas on his way to a Razorbacks football game when he heard his song, “Hit It Hard,” on the radio. A video of this magnificent occurrence has surfaced on the web, and yes … it’s amazing. Almost as great as the song itself.

He’s truly a man of many talents: a two-time major champion, a recording artist, and his own cocktail line. Now he just needs to get back to his winning ways, and he’d be the coolest guy on tour.