The Magnificent Seven: Who To Follow at Open Championship 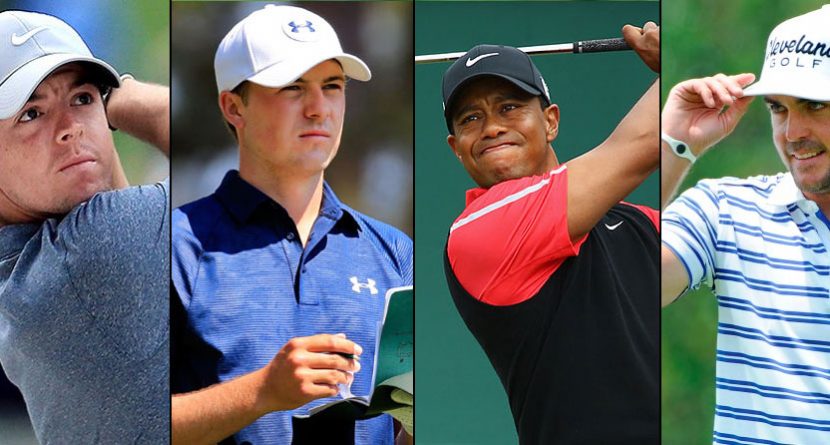 So who will win the Open Championship? If we knew the answer to that there would be no point in anybody turning up. But we have had a look at the field and these are the seven golfers we think will be there, or thereabouts. We hope they will turn out to be the Magnificent Seven. Oh yes, and we also take a little look at the chances of you-know-who.

Which McIlroy will show up? If it’s the one who has three great rounds and another that’s best forgotten, then his chances are best forgotten. If, on the other hand, it’s the McIlroy who won the BMW PGA championship in May, then the others had better watch out. There are two keys to his challenge: If he drives and is able to put the ball in the right places, and if he putts well, everybody else might as well remain at home.

He has yet to better his T-4 finish in The Open, achieved as a 17-year-old amateur at Birkdale. It is one of golf’s conundrums that Rose hasn’t contended in this event since turning professional. He has won the U.S. Open and given it a good go in both the Masters and the PGA Championship, but his time must surely come in The Open. Rose played magnificently at Congressional to win the quaintly-titled Quicken Loans National and will arrive at Hoylake full of confidence.

Bradley may well be the most infuriating golfer on the planet but you just can’t get away from the fact that he is also one of the best. With a PGA Championship title to his credit, it seems that the bigger the occasion, the better he plays. He possesses a magnificent all-around game and enjoys playing in the wind. If you plan to watch him, however, get ready for a long day.

Looking for an each-way bet? Stenson is your man. He has been in magnificent form for more than a year, and should have won the Open Championship at Muirfield last year. A winner of the FedEx Cup playoffs and Race to Dubai, the only thing missing from his CV is a major. Stenson doesn’t mind what sort of course he plays, and is equally adept in calm and windy weather. Something that is often overlooked when talking about his strengths is his putting stroke. When he gets on a roll, he holes everything.

How can you ignore the young man? Well, you can’t. So we won’t. He contends every single time he tees it up and was properly annoyed with himself for failing to win the Masters in April — in his first attempt, aged 20. That tells you everything you need to know about this remarkable golfer. It has been forgotten by a lot of people then he was briefly in contention at Muirfield 12 months ago, so he knows how to play links golf. Spieth has no weaknesses.

You may think that Streelman is on this list because of his extraordinary performance in winning the Travelers Championship, where he raced through the field by finishing with seven straight birdies. That is only a small part of it. Not used to links golf, he quietly went about his business at Muirfield last year, easily making the cut and learning how to play what is a very different game. He is a magnificent iron player and has a great short game.

Fleetwood learned to play golf on the links courses around Southport, and has proved to himself that he can win. He has a low ball flight, will have a massive local support (Southport is just across the bay from Hoylake), and could spring a huge surprise. He is a Ryder Cup player of the future, and a good finish here could see him make Paul McGinley’s team for Gleneagles.

He hasn’t added to his major tally for six years, and has missed almost all of this season after having back surgery. He finally returned at Congressional, where he missed the cut, but said he was pain-free, happy with his game and felt no need to play more tournament golf before The Open. It is hardly ideal preparation, but Woods is a one-off. Who knows how he will perform at Hoylake? One thing is for sure, though: The 14-time major champion will once again be the center of attention.