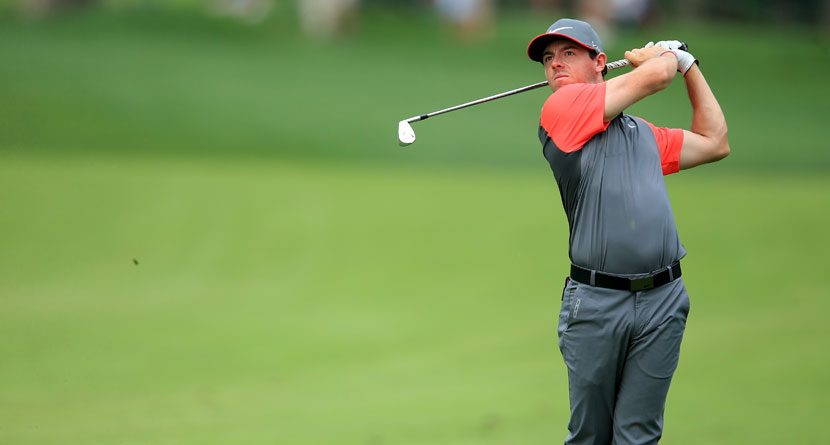 Golfers accumulate FedExCup points throughout the season, and the bigger the tournament, the higher the stakes. Regular PGA Tour events reward the winner with 500 points, while World Golf Championship events (550 points), and the four majors and The Players Championship (600) are worth more.

The FedExCup playoffs are comprised of four events following the conclusion of the PGA Tour regular season. Those four events are The Barclays (this week’s event), Deutsche Bank Championship, BMW Championship and the Tour Championship by Coca-Cola.

Not only is the point total quintupled (2,500 points rewarded to the winner) during these four events, but there is a progressive cut as well. The top 125 qualifiers — determined by PGA Tour FedExCup points — will start in the first week, but that number is cut to 100 for the Deutsche Bank Championship, before being trimmed to 70 for the BMW Championship. Following a points reset, the top 30 will compete in the Tour Championship with the winner crowned FedExCup champion.

Rory McIlroy — red-hot with wins at the Open Championship, WGC-Bridgestone and PGA Championship over his last three events — is the clear favorite in Las Vegas, at 5-to-2 odds, to be crowned 2014 FedExCup champion. He’s currently the 4-to-1 favorite to win The Barclays.

Matt Kuchar (10-to-1 odds) is the second choice on the LVH SuperBook’s oddsboard, while five players — Adam Scott, Bubba Watson, Rickie Fowler, Jim Furyk and Sergio Garcia — check in at 15-to-1.