The Odds: Stricker a Heavy Favorite at John Deere Classic 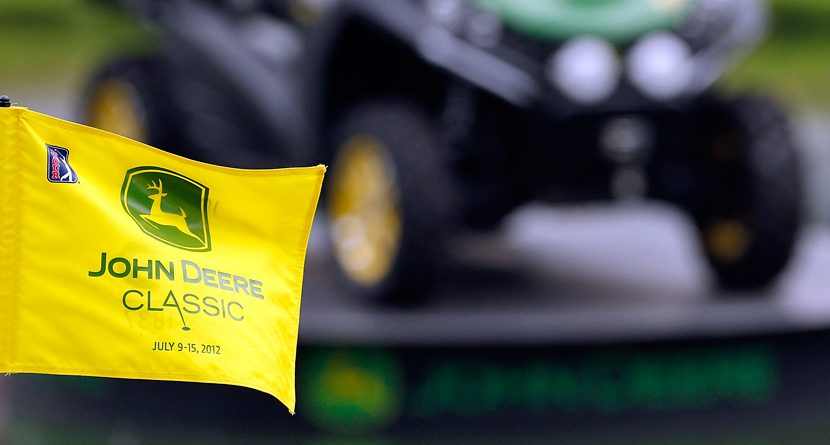 The PGA Tour moves on to the John Deere Classic in Silvis, Ill., this week after the completion of a crazy week at the Greenbrier Classic.

Going into last Saturday there were 26 players within four shots of the lead. Johnson Wagner shot a 64 that day to take a two shot lead into the final round, but he was not able to hang on after shooting a 73 on Sunday. Wagner finished in a four-way tie for second, which could have been expected considering he did not make the cut in the previous seven straight events.

Jonas Blixt of Sweden overcame a four-shot deficit in the final round by shooting 67 and won the event by two shots. Blixt has had some moments, but he did not have a top-10 finish on the year. It was Blixt’s first win on the PGA Tour, and he is the 11th first time winner this year. The win got him into the British Open next week and into Augusta next spring. It meant so much he cried after the victory.

The John Deere Classic is played at the TPC Deere Run, which is a 7,268 yard Par 71 layout. There are going to be a lot of low scores this week as this course has given up the most birdies on tour in each of the last two years and the weather is supposed to be good for the weekend.

Steve Stricker (6-1) is the favorite and he should be. He won this event three years in a row before finishing four shots back last year, but there is no way we can play him at those Tiger Woods like odds.

Zach Johnson is the defending champion. He shot 64 on Sunday and won the event in a playoff over Troy Matteson. He has also been impressive on this course and at (12-1) he can be a play. Including his win last year Johnson has been in the top three here in three of his last four tries. He has 16 consecutive rounds in the 60s on this golf course, and the price is fair.

Nick Watney (30-1) finished tied for 23rd last week and seemed to get some confidence back in his game. He tied for 13th in this event last year and is 20th on Tour in total driving. If you keep it in the fairway, you can post some low numbers.

We are riding Jordan Spieth (30-1) again. He is talented, and we feel he is going to win soon. Last week, he shot three straight 67s before a final-round 73 where he could not buy a putt. He has seven top-25 finishes and five top-10 finishes on the year. He also was our matchup play last week against Russell Henley and was the winner.

Kyle Stanley (50-1) is another guy who likes this golf course. He was second in 2011 and tied for 19th last year. He has played his last 11 rounds here under par and has three top-10 finishes in his last eight starts.

For our matchup play we are going to go with Johnson (+145) over Stricker. We expect Stricker to be a factor, but with Johnson’s great record on this golf course, the price is too good to pass up.

Next week we move on to the British Open at Muirfield in Scotland, and it will be a great event. Muirfield is one of the best golf courses in the world. The list of past winners there is absolutely amazing. We will discuss that next week.

Until then, enjoy the John Deere Classic and the Scottish Open which is also this week.