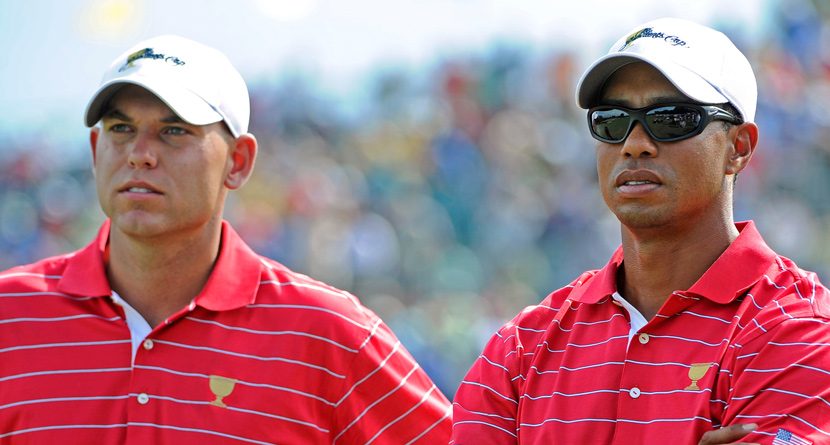 Captains Fred Couples and Nick Price rounded out their 12-man teams for the 2013 Presidents Cup, and LVH SuperBook assistant manager Jeff Sherman followed by posting odds on the event, scheduled for October 3-6 at Muirfield Village in Dublin, Ohio.

Couples named 20-year-old Jordan Spieth and Webb Simpson to his roster, and Spieth becomes the youngest American to play in the Presidents Cup since it began in 1994.

The International team has won the event only once.

Here are the opening odds at the LVH:

Other Hot Links:
– Canadian Golf Courses to Help Tim Tebow Plan His Future
– Loudmouth Brings Golf and Football Together
– 5 Golfers We Want to See on ‘Dancing With the Stars’