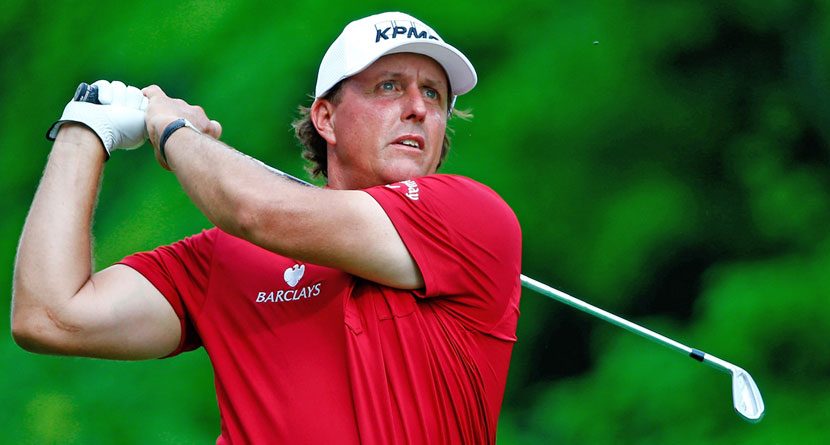 As the PGA Tour heads to the TPC Southwind in Memphis for the final tune-up for next week’s U.S. Open, much of the attention will be focused on the off-the-course issue Phil Mickelson is dealing with. Mickelson — who, along with pro sports bettor Billy Walters and billionaire investor Carl Icahn, is reportedly being investigated for insider trading by the FBI and SEC — doesn’t expect the probe to throw off his game.

Based on Mickelson’s odds to win the FedEx St. Jude Classic this week, Las Vegas bookmakers don’t anticipate his game to suffer either.

Jeff Sherman, who sets golf odds at the LVH SuperBook, said Mickelson’s situation did not play into his thought process when coming up with this week’s numbers, The odds were set “based on how he’s playing and (his) relative strength to the field,” Sherman told The Linemakers on Sporting News.

Mickelson’s odds to win next week’s U.S. Open remained at 15-to-1 even after news broke of the investigation.

On the course, Dustin Johnson (12-to-1) owns the shortest price in this week’s field in the wake of Matt Kuchar’s withdrawal.

There are guys with longer prices to like, though.

Says The Linemakers’ Brian Blessing, “Jordan Speith’s consistency is impossible to ignore, so at 25-to-1, there is extreme value in playing this talented youngster.”

Blessing also recommends likes Charl Schwartzel as a long-shot play, noting that his game isn’t far from where it needs to be..