The Road Back to the PGA Tour Is Never Easy 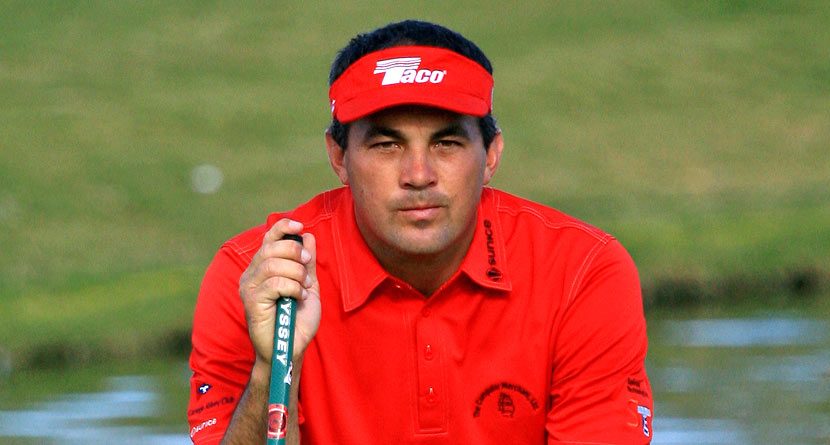 There are literally hundreds and possibly thousands of golf professionals that at one time had status on the PGA Tour that are struggling every day to get back the most coveted card in golf, the PGA Tour Card. In a sport where only the top 125 players on the money list each year are protected, it is a career with no guarantees and certainly no tenure. It is true that if you are one of the lucky or talented winners on the PGA Tour, you automatically get multi-year status, but when that runs out you are in no better position than every other player trying to make it.

It’s hard to make it out there, even for the very best players in the world. If you play well you get paid. There are no salaries to fall back on and money can run out fast with the expenses incurred. On the PGA Tour each week golfers are playing for an average winner’s purse of $6.5 million. On the Web.com Tour it’s about 10% of that or $650,000. A win on the PGA Tour is worth $1 million and up while on the Web.com Tour it’s closer to $100,000. Golfers have choices each week depending on their status. The most difficult road is always the Monday qualifier. On both tours, Monday qualifiers are held with the only the top 1-3 players earning a spot in that week’s tournament. It is by far the shortest road to the Big Dance but also the most expensive and most difficult.

This week at the Greenbrier Classic, Brad Adamonis, a native New Englander who now lives in Coral Springs Florida made the grade. He will be competing with 156 PGA Tour professionals who all have the same benefits as every other player in the field.

In his rookie season on the PGA Tour, Adamonis finished just high enough on the money list to retain his Tour card for 2009. He finished in 124th with $862,413. He also recorded three top-10 finishes including runner-up at the John Deere Classic. Adamonis went into a three-way playoff with Kenny Perry and Jay Williamson. Perry won the tournament on the first playoff hole.

In 2010, Adamonis found himself back on the Nationwide Tour trying to regain status and move back up to the PGA Tour. Over the next two years he struggled with his game but stayed focused on improving.  Adamonis played in his first major at the 2011 U.S. Open. Although he missed qualifying by one stroke, he was a first alternate. He was the 156th and final entry added to the event at Congressional Country Club but he did not make the cut.

Brad will tee it up with D.H. Lee and Lee Williams on the 10th tee at the Greenbrier Classic at 9AM on Thursday morning. If he gets in the top 10 this week, it will have a major impact on his status in the weeks ahead.

Being a PGA Tour player is a great achievement and so few golfers ever reach this milestone. It also may be one of the toughest jobs in the world.

Related Link: Watson Has What It Takes to Pay Off at Greenbrier