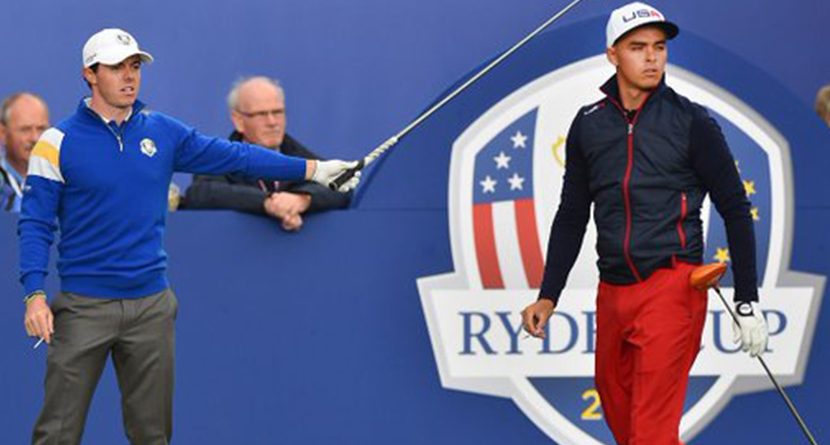 Well, it was fun while it lasted.

Quicken Loans Inc.’s plan to have champion pro golfers Rory McIlroy and Rickie Fowler square off in an exhibition match under the lights at Detroit Golf Club has been abandoned.

“Quicken Loans has no plans to participate in a Detroit-based golf event in 2016,” John Perich, Quicken’s public relations manager, said in an emailed statement Friday afternoon. “As was previously stated by our company, a golf event was under very preliminary consideration; however, conversations never progressed to a stage where they warranted widespread speculation.

“We remain committed to creating unique events, and are continuing to pursue a number of potential opportunities that not only create excitement, but also shine a spotlight on the revitalization and vibrancy of Detroit.”

The proposed golf match, first reported by the Associated Press, was tentatively scheduled to be played June 7, the Tuesday before U.S. Open week begins at Oakmont Country Club in suburban Pittsburgh.The exhibition match in Detroit would have aired live on the Golf Channel and CBS.

Celebrities Justin Timberlake and Mark Wahlberg were rumored as possible pairings with McIlroy and Fowler for the exhibition, Detroit ABC affiliate WXYZ-Channel 7 reported.

We haven’t seen a U.S.-based exhibition match since Monday Night Golf on ABC or Shell’s Wonderful World of Golf on Golf Channel went off the air more than a decade ago. And while it was surely a publicity stunt, the opportunity to see some of this generation’s biggest and brightest stars underneath the lights in a relaxed atmosphere was tantalizing, to say the least.