The Tiger Woods We Don’t Know 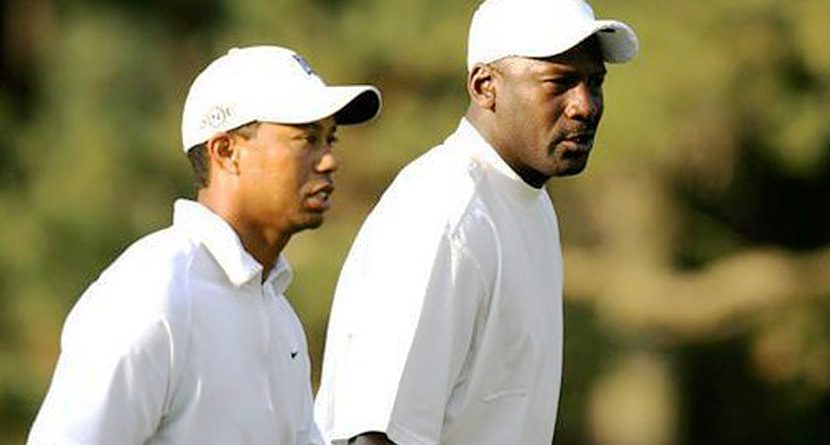 Every few months, ESPN the Magazine’s Wright Thompson finishes a longform deep dive into a subject. Whomever or whatever that subject is, fans of the person, place or team that he’s written about are much better informed because of Thompson’s work.

Tiger Woods was Thompson’s latest muse. In a piece entitled “The Secret History of Tiger Woods,” Thompson pulls back the curtain on a generation’s greatest golfer and explains how his relationship with his father, Earl, and Tiger’s yearning for a deeper connection following Earl’s death, brought him to exactly where he is now.

For being the most popular and recognizable athlete on the planet for the better part of a decade and the subsequent media throng that constantly followed him, Woods somehow seemed to stay shrouded in mystery. Part of that was by design and part of it was because of his inherent personality.

Here are some of the best snippets from the story…

THEY’RE NOT WRONG, not exactly, but the SEALs are also viewing Tiger through their own pre-existing idea of how a superstar should act, so his behavior processes as arrogant and selfish. That reaction has colored Tiger’s relationships his entire life: People who meet him for 30 seconds love him, and people who spend several hours with him think he’s aloof and weird, while people who hang around long enough to know him end up both loving him and being oddly protective. His truest self is shy, awkward and basically well-intentioned, as unsuited for life in public as he is suited for hitting a ball.

Then there’s the story of the lunch, which spread throughout the Naval Special Warfare community. Guys still tell it, almost a decade later. Tiger and a group of five or six went to a diner in La Posta. The waitress brought the check and the table went silent, according to two people there that day. Nobody said anything and neither did Tiger, and the other guys sort of looked at one another.

Finally one of the SEALs said, “Separate checks, please.”

The waitress walked away.

“We are all baffled,” says one SEAL, a veteran of numerous combat deployments. “We are sitting there with Tiger f—ing Woods, who probably makes more than all of us combined in a day. He’s shooting our ammo, taking our time. He’s a weird f—ing guy. That’s weird s—. Something’s wrong with you.”

Tiger knew the SEAL physical requirements by heart, easily knocking out the pushups, pullups and situps. When he couldn’t sleep, he’d end up at a nearby Gold’s Gym at 3 a.m., grinding. One of his favorite workouts was the ladder, or PT pyramid, a popular Navy SEAL exercise: one pullup, two pushups, three situps, then two, four, six, up to 10, 20, 30 and back down again.

Soon, the training at La Posta didn’t cut it. He found something more intense with Duane Dieter, a man allowed by the Navy to train SEALs in a specialized form of martial arts that he invented. Dieter is a divisive figure in the special operations world, working out of his own training compound on the Maryland shore. His method is called Close Quarters Defense, or CQD, and some students look at him as an almost spiritual guide, like a modern samurai. Others think he’s overrated. For Dieter, few things were more important than ancient warrior principles like light and dark energy.

The sexual bravado hid his awkwardness around women. One night he went to a club in New York with Derek Jeter and Michael Jordan. Jeter and Jordan circulated, talking with ease to one beautiful woman after another. (Both declined to comment about the episode.) At one point, Tiger walked up to them and asked the question that lives in the heart of every junior high boy and nearly every grown man too.

“What do you do to talk to girls?”

Jeter and Jordan looked at each other, then back at Tiger, sort of stunned.

Tiger the Golfer, According to Michael Jordan

THE REAL WORK of his life — how to deal with having been Tiger Woods — will begin only once he accepts that his golfing career is finished. All driven people experience a reckoning at the end of their life’s work, but when that work feels incomplete, or somehow tainted, the regrets can fester with time. This reckoning is coming for Tiger, which worries his friend Michael Jordan, who knows more about the next 10 years of Tiger’s life than nearly anyone alive. It’s jarring to be dominant and then have it suddenly end. “I don’t know if he’s happy about that or sad about that,” Jordan says. “I think he’s tired. I think he really wishes he could retire, but he doesn’t know how to do it yet, and I don’t think he wants to leave it where it is right now. If he could win a major and walk away, he would, I think.”

They texted in November, the day after a big group went out to dinner at Tiger’s restaurant. Tiger got drunk and they all laughed and told stories, and Michael thought Tiger seemed relaxed, which made him hopeful. Tiger talked about his injuries a lot but not much about the future. “The thing is,” Jordan says, “I love him so much that I can’t tell him, ‘You’re not gonna be great again.'”