The U.S. Olympic Team Is Set… Sort Of 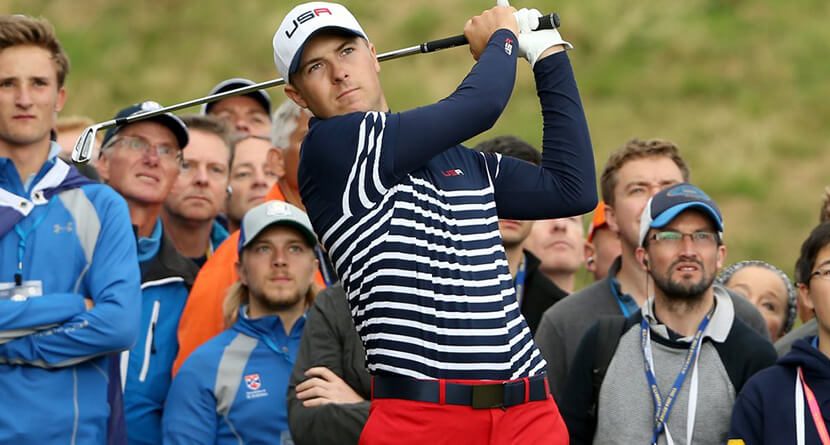 With the cancellation of this week’s Greenbrier Classic on the PGA Tour, the United States Olympic Golf Team has been locked in, at least as far as the qualifying goes. World No. 2 Dustin Johnson, No. 3 Jordan Spieth, No. 5 Bubba Watson and No. 7 Rickie Fowler will don the red, white and blue in Rio next month so long as they don’t back out of consideration.

Bubba Watson has been the only American to definitively state that he will be competing in Rio, however, which brings into question who would make up the alternate list of possible Yanks heading to Brazil should Spieth, Fowler or DJ opt out. The list includes the likes of Patrick Reed, Matt Kuchar, Brooks Koepka and Phil Mickelson.

As the AP’s Doug Ferguson reports, that list can change depending on what happens this week in Scotland.

Matt Kuchar finished with a 12-foot birdie at the Bridgestone Invitational, which had no bearing on the outcome but still had a few ramifications.

Kuchar tied for third, so that putt was worth an additional $249,250. It cost Jordan Spieth enough world ranking points that Dustin Johnson moved ahead of him to No. 2 by the slimmest of margins.

And that birdie putt could send Kuchar to the Olympics.

Whether he earns a spot in Rio de Janeiro is now out of Kuchar’s hands. The Americans are allowed the maximum four players because all of them are among the top 15 in the world ranking, and the birdie allowed him to move to No. 15. Still to be announced is which four Americans will go to Rio.

Of the top four in the world ranking — Johnson (2), Spieth (3), Bubba Watson (5) and Rickie Fowler (7) — Watson is the only one who has said he is going. The biggest question marks of that group are Spieth and Fowler. That’s why Kuchar’s birdie putt was so important, because if two Americans choose not to go, those spots could end up going to Patrick Reed and Kuchar.

Kuchar wants to play in the Olympics, though it’s still a long way off. Not only does he need at least two players to withdraw, he has to be sure he stays among the top 15 in the world ranking after this week.

Olympic qualifying is based on the world ranking published next Monday, and that brings Phil Mickelson into the equation. Mickelson would have to finish alone in second at the Scottish Open — he won the last time it was held at Castle Stuart — to move ahead of Kuchar and be in position for any Olympic withdrawals. If Lefty were to win, he would have a mathematical chance to move ahead of Reed as the first U.S. alternate.

If anything is pointing to Kuchar and Reed to grabbing one of the spots on the team, it would be reports coming out of Rio that are less than ideal.

Rio de Janeiro police say they haven’t been paid in months and warn that they won’t be able to protect visitors. https://t.co/BWAqt8nwjQ

Maybe Reed, Kuchar, Mickelson et al should be happy to be outside the top-four qualifiers.