The Unknowns At Augusta National 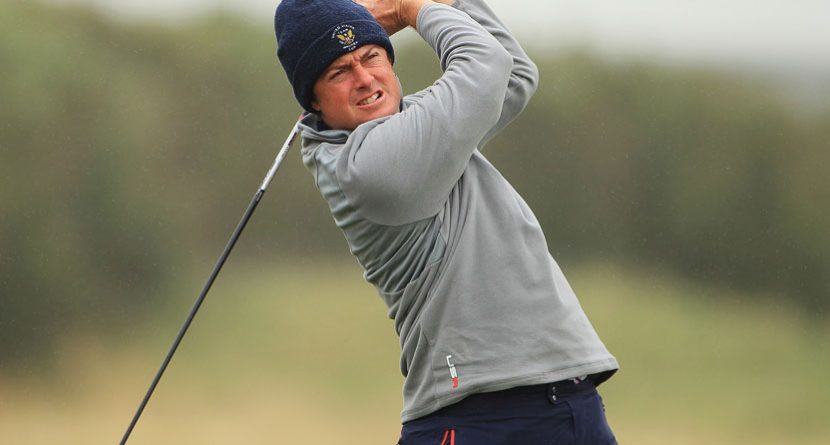 While Tiger Woods makes a run at his fifth green jacket, some lesser-known ballers will try to make some noise of their own. Here’s the lowdown on five unknowns competing this week.

At 46 years old, Wiratchant probably won’t contend at the Masters—but this is something of a victory lap for the Thai golfer, who received a special exemption for his first trip to Augusta. His unorthodox swing makes Jim Furyk’s look positively pleasant, but it’s worked for him: he’s won 15 Asian Tour events, the most in tour history.

This South African pro barely snuck into the field with the No. 48 spot in the Official World Golf Ranking. He’s won six times on the European Tour, however, and sports are in his blood: his father races cars, his mother is a competitive ice skater and his sister is one of South Africa’s top squash players. Sounds exactly like my family, except, you know, the opposite.

Regardless of how Vogel does this week, he’ll be one of the last to qualify by winning the U.S. Amateur Public Links, as the USGA is killing the tournament after 2014. The Florida alum is one of the most accomplished players in NCAA history, but Augusta’s slick greens could be his undoing: Vogel says putting is one of the weakest parts of his game.

The lords of Augusta better not see Weaver throw any tantrums like he did at last year’s U.S. Amateur final, or his visit is going to be a short one. Weaver earned an invite as the runner-up to Steven Fox at Cherry Hills, and he’ll be looking to beat U.S. Amateur champion Steven Fox before heading back to the University of California.

Oddly enough, Smith is probably more like Augusta National founder Bobby Jones than anyone in the field—he’s a lifelong amateur. The 34-year-old Pennsylvanian won his fourth U.S. Mid-Amateur title last year. And for someone who already juggles golf and a career as a financial advisor, Smith may be ready to deal with Augusta’s toughest challenges.