The Year of Rory McIlroy in Commercials 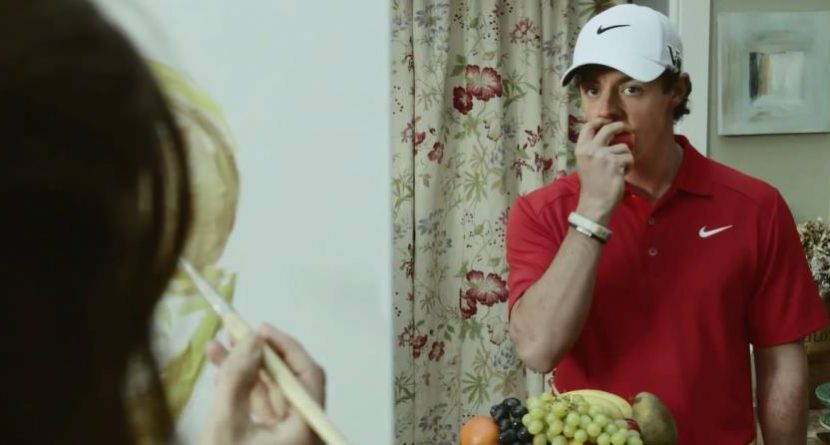 This year wasn’t exactly stellar for Rory McIlroy. The new clubs. The management woes. The ups and downs of having a relationship with a fellow famous athlete. The lack of wins.

But if you ask us, he fared well in commercials. So it took us by surprise when we came across this headline on Golf.com: “McIlroy Gets Nod for Worst TV Ad of the Year.”

The Northern Irishman filmed a spot in the UK for Santander, a banking services provider. While it won’t really go down as memorable, we don’t think it deserves “worst of the year” honors. What do you think?

We’ve seen plenty more cringe-worthy athlete ads. This is not among them. Especially when it produces outtakes such as this gem:

But when compared to McIlroy’s other commercials from 2013, the Santander spot does rank at the bottom. Here’s some of McIlroy’s better work: