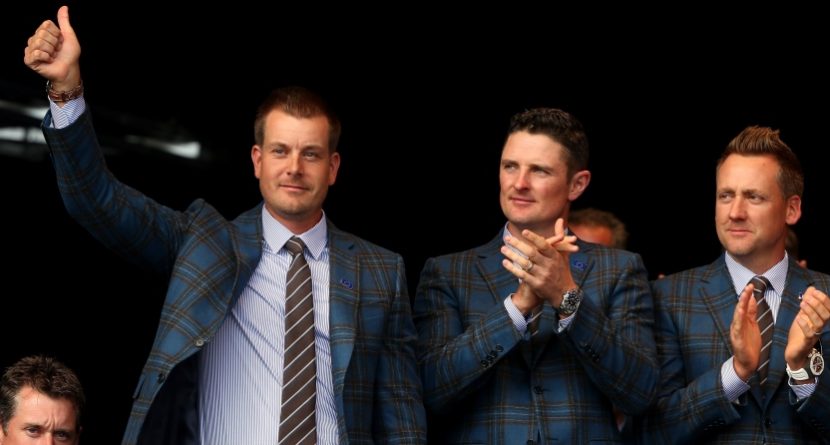 The Europeans are clearly the favorites at the 2014 Ryder Cup. Or are they? It all depends on your perspective.

Of the past nine Ryder Cups, the Euros have emerged victorious seven times, and they’ve taken the three most recent contests. However, the last two events were decided by just one point. That means if Jim Furyk and Steve Stricker don’t three-putt late in their Sunday matches, the 2012 result paints a much different outlook for 2014. In 2010, if Furyk and Rickie Fowler win just one more hole each in their singles matches, the U.S. gets its first win in Europe since 1993. They’re not that far off, are they?

Well, here’s where Europe really separates itself this year: records among the veterans. Both squads bring 12 players, three of which on each side are rookies, leaving nine players per team with previous Ryder Cup experience. The European vets boast 31 combined appearances; the American vets own 29 such appearances. Pretty close.

Furthermore, all but one of Europe’s nine veterans (Thomas Bjorn, Sergio Garcia, Martin Kaymer, Graeme McDowell, Rory McIlroy, Ian Poulter, Justin Rose, Henrik Stenson and Lee Westwood) have overall winning Ryder Cup records. The only man who has lost more than he has won, and just barely, is Stenson (2-3-2). And he’s pretty good – No. 5 in the world.

One advantage the U.S. does boast at Gleneagles is pedigree among its rookies (Jordan Spieth, Jimmy Walker and Patrick Reed). The Americans are going to need those first-timers – who don’t yet know what it’s like to lose at the Ryder Cup – to notch some much-needed wins.