This Week In Golf Crime: There’s A Gator On The Loose 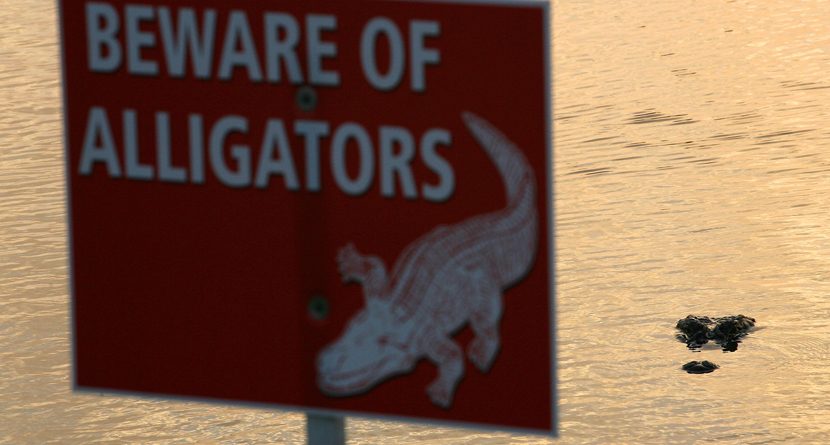 Crime doesn’t pay, but it’s sure fun to read about. Here are some of the golf world’s latest dastardly deeds.

Somebody in South Carolina was planning one hell of a golf trip. Federal investigators recently burst into a Palmetto State warehouse and found over $3 million in fake Cialis and Viagra pills, plus a “large quantity” of counterfeit golf club parts. A similar raid by U.S. investigators in China uncovered thousands of fake club heads and grips, which reminds me of the advice my mother always gave me growing up: “Never buy a Rocketballz driver from a Chinese golf equipment Web site.”

Police in Spain are on the lookout for a fearsome “alligator or crocodile” (who can tell the difference, anyway?) who’s been terrorizing an upscale golf resort near Marbella, a popular British vacation spot. The 7-foot reptile has frightened golfers at the resort, but employees are unfazed. Explaining that he and his coworkers venture out to look for the gator after work each night, the restaurant manager said, “I’ve been told they can run fast, but I’ll make sure I run faster.”

A British businessman is on trial after police discovered that he sold hundreds of electronic golf ball finders to military organizations, claiming they were “bomb detectors.” The bogus bomb-finders, sold for about $40,000 each, were used by everyone from security forces in Russia and soldiers in Iraq to big-game hunters in Africa. The Brit claimed that the detectors could find bombs, drugs, ivory and human remains. Apparently these military groups are also in need of a bullsh** detector.