3 Things You’ll See At The Ryder Cup This Week 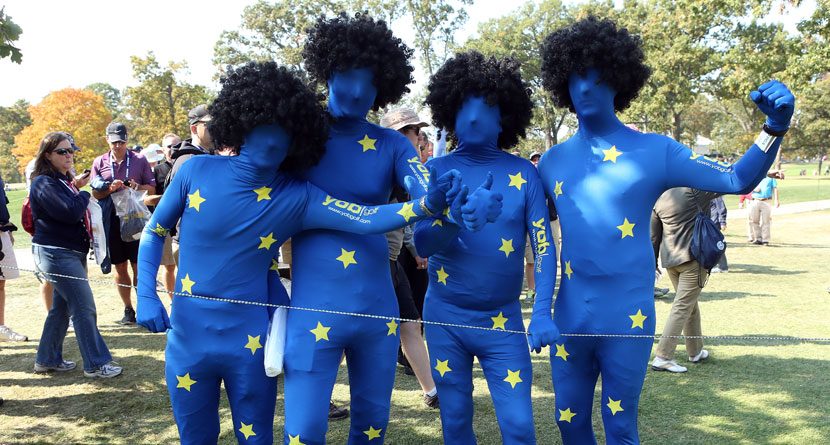 The Ryder Cup is by far one of the most unique and exciting sporting events you’ll ever watch on television, let alone in person. Part of its allure to casual golf fans are the little details not commonly seen during regular PGA or European Tour events.

Here are a few notable intricacies you’re likely to notice while watching the action from Gleneagles this week.

One of the most unique elements of this week’s Ryder Cup – and match play tournaments in general – is the presence of gimmies on the putting green. These small “just pick it up” gestures among players are always reserved for match play and team competitions, aimed at helping play move faster throughout each match. It’s always interesting to see how generous each player or team is to the opponent, and it is not uncommon to see a bit of gamesmanship when tensions are running high. While not playing in a match, most players and captains will jump into a golf cart and follow their teammates to get a front-row view of the action. This could also open the door for some truly unique guest star appearances. During the 2013 Presidents Cup matches, for example, the United States golf cart gallery included the one and only Sammy T. Squirrel — a small critter that became an impromptu team mascot for the Americans.

You’ll also most likely see each team’s captain driving around Gleneagles with a radio in their respective ears listening for match updates from other parts of the course. Not only are you likely to see some of the grandest crowd reactions of the year this week, there’s also a good chance you’ll see a few fans in costume as well. The European Team fans are always the leaders in this clubhouse due to their costume creativity, but the American fans always put up a fight.