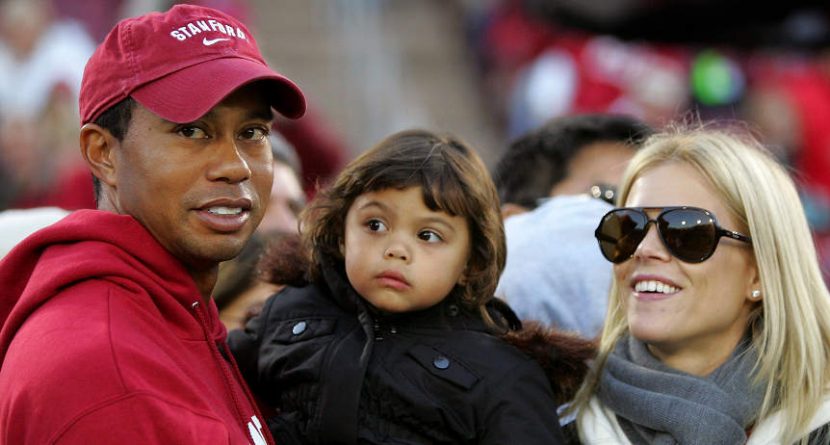 Tiger Woods and ex-wife Elin Nordegren were spotted together this past weekend in Florida by TMZ. The pair were photographed attending their son Charlie’s sporting game, according to the paparazzi site.

After being photographed and likely harassed, the pair left in Nordegren’s car.

Of course, the sighting renewed rumors of a reconciliation of the couple.

That theory would be inconvenient if you believe the other rumor about Tiger’s love life, that he’s dating champion skier Lindsey Vonn, as well that Nordegren has happily moved on to dating other men.

That theory would also not work so well considering Nordegren’s new home — OK, mansion — is being built within minutes of Woods’ Jupiter Island home.

What about the simple reality that the pair had two children together while they were married? They share custody. They’re bound to see each other, albeit rarely in public. For the many, many divorced couples with children in this country that heard this news, they probably shrugged.

Really, the biggest news of all is how this rather impromptu meeting happened: Woods got knocked out in the first round of the WGC-Accenture Match Play.