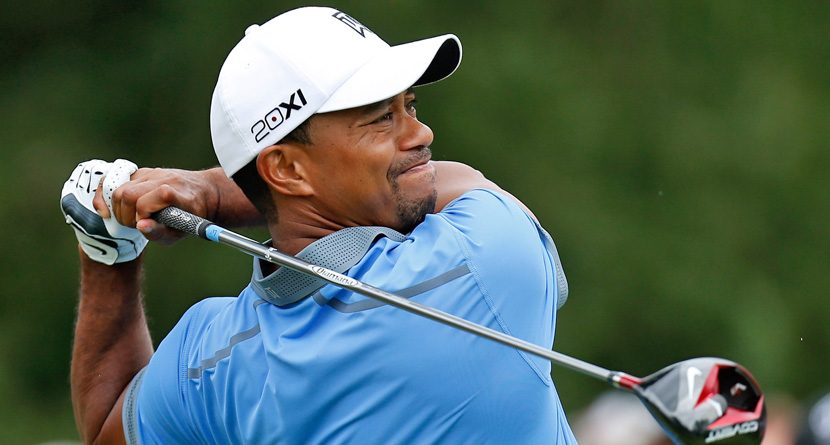 Tiger Woods treated the golf world with a glimpse of his past by way of a course-record-tying 9-under 61 at Firestone Country Club in his second round of the 2013 WGC-Bridgestone Invitational.

While he also tied his best career tournament score, Woods was on a “59-Watch” for most of the day after starting his first three holes 4-under-par (birdie-eagle-birdie). After adding another birdie at the par-3 seventh, Woods unleashed four consecutive birdies on holes 10 through 13 after making the turn.

A few disappointing pars (is there such a thing?) toward the end of his round kept him from breaking 60, but his effort was good enough to catapult him to a 7-shot lead over the field.

“I had it going today, four under through three is always a nice thing to have,” Woods told reporters following his round. “I could have done it. The good news is I’ve done it before. I felt pretty relaxed. If I hadn’t ever shot 59 before it would have been a different story. It wasn’t out of the realm of being uncomfortable.”

What was even more impressive today for Woods is the fact he only needed 22 putts through 18 holes (he had 11 one-putts through the first 13 holes). I’ve had more mosquito bites at one time in my life.

Related Links: Tiger Favored at Bridgestone | At PGA Championship Too