Tiger On CBS: I’m Doing It Right This Time 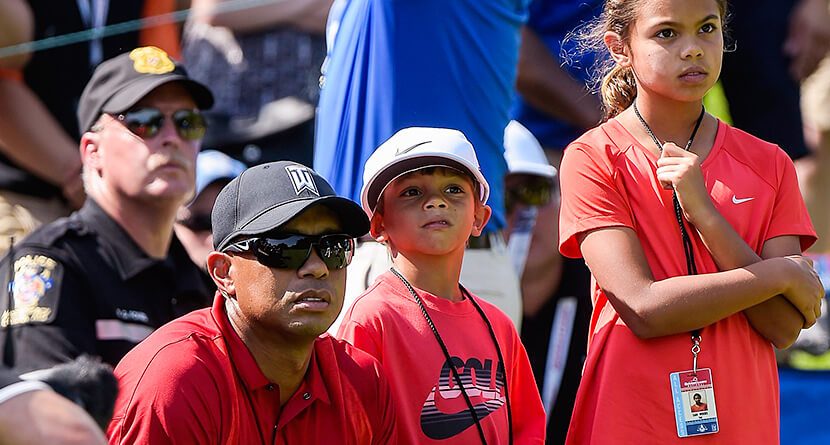 One of the few highlights we’ve gotten from Tiger Woods in recent years has been his willingness to climb into the broadcast booth during events he’s hosted. His comfort and ability to talk about his interests, game and charitable endeavors have shown him to be a valuable asset to any broadcast team.

Woods is a natural in the booth. Similar to his press conferences when asked questions about the history of the game or the golf swing, Tiger can let his inner golf nerd shine. Over the past few years, he’s shown that he can wax so poetic about the game that Jim Nantz can get uncomfortable, so it’s no surprise that Woods’ stay in the CBS booth on Sunday at the Quicken Loans National was both entertaining and informative.


After conversations about his foundation, eventual winner Billy Hurley III, the Ryder Cup and anything else that popped into the minds of Woods, Nantz, Sir Nick Faldo or the other roaming members of the CBS broadcast, Nantz put Woods on the spot in terms of where he was in his recovery, how his health is and when he may be making a return to the course.

As good as he is in the booth, we’re ready to see Tiger back on the fairways. Maybe in 10-15 years, he can consider sliding into the booth full time.