Tiger Out Of AT&T National With Elbow Strain 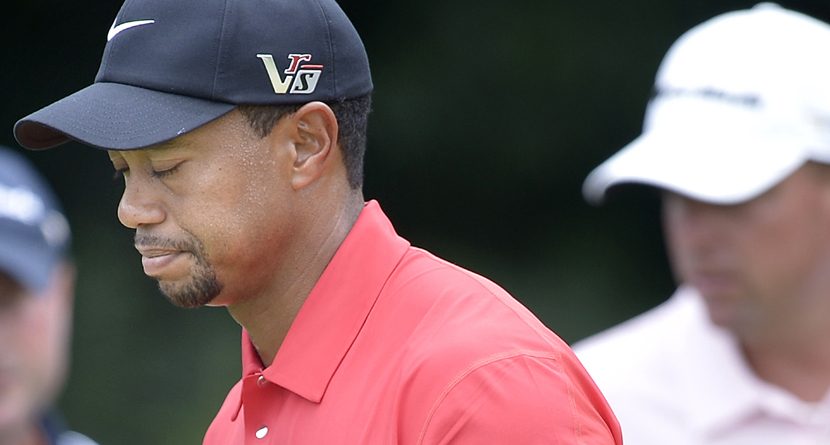 Tiger Woods’ bouts with injuries continued when he announced on his website Wednesday that he is taking some time off to “rest and undergo treatment” for a strained left elbow.

We saw Woods wince in pain on several occasions after hitting shots at the U.S. Open, and when he was asked what the injury was, he disclosed that his left elbow had been bothering him since the Players Championship in May.

Woods played through the pain at Merion and finished at 13-over par and tied for 32nd, 12 shots behind winner Justin Rose. He was mum on the injury until Wednesday’s announcement.

“I was examined after I returned home from the U.S. Open,” Woods said. “I have been advised to take a few weeks off, rest and undergo treatment. I’ll be ready to go for the British Open, and I’m looking forward to playing at Muirfield. I would like to extend my regrets to AT&T, our sponsors and the fans in the Washington, D.C., area. The AT&T National means a lot to me and my foundation. It’s especially difficult not defending at my own tournament.”

What this means, as Woods noted, is he will not be able to defend his title at the AT&T National in a week and a half. It is his tournament and he’s won it twice since it was formed in 2007.

Woods said he will still be at the AT&T National “to provide my support.” We assume that means to present the trophy to the winner on the 18th green, among other duties.