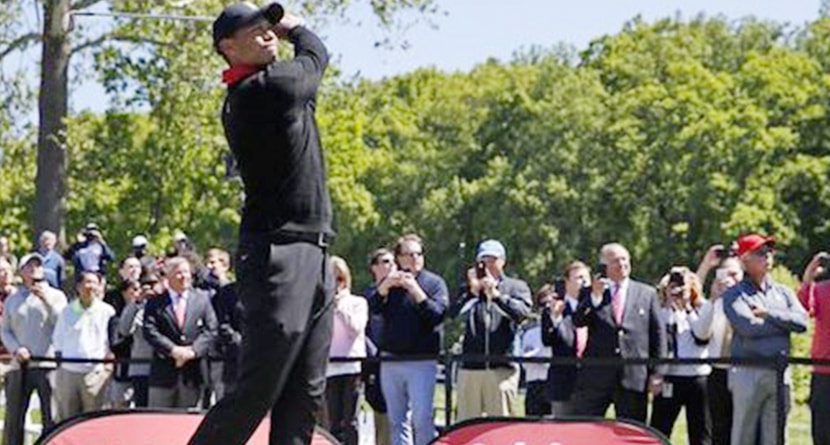 On hand for media day at Congressional Country Club, site of the Quicken Loans National, Woods gave a brief press conference — spoiler alert: no update on his return and no timetable, either — before stepping up to the forward tee on the par-3 10th hole as part of Quicken Loans’ ‘Shot for Heroes‘ promotion. What happened next was not pretty.


Whoever’s idea it was to trot Tiger out there without a warm up and national television cameras rolling might want to update their résumé.