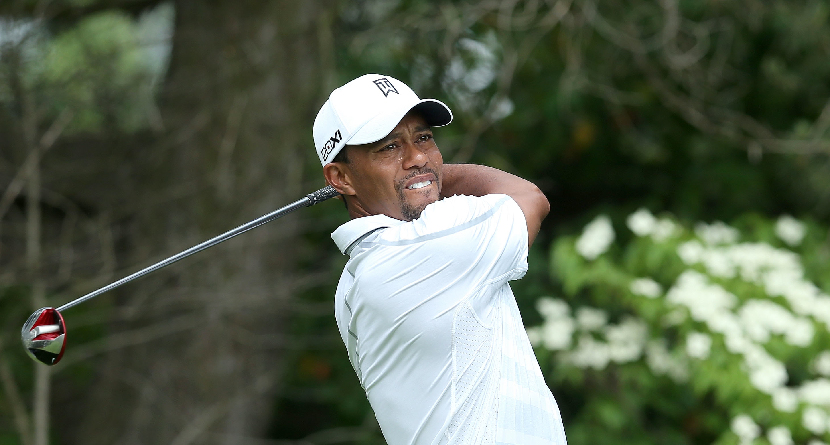 We were just talking about how Tiger Is Back, proper – then we blinked, and he’d shot his worst nine-hole score as a professional, on his way to a 79 at the Memorial Tournament on Saturday.

He shot a 44 on those holes, the first time as a 17-year pro. He’s shot a 43 before – at the 1996 Tour Championship, the 2007 Arnold Palmer Championship, and the 2010 Wells Fargo Championship – but #Tiger44 is big drop-off from his winning performance at TPC Sawgrass a couple of weeks ago.

He told the press, “I caught the wrong gusts at the wrong time, made a couple bad swings and all in all, it just went the wrong way.”

Tiger deserves his own roller coaster.

He was recently practicing alone, at Merion, in the rain. Maybe the US Open is on his mind. We’ll find out in Philly.

[Don’t miss our #Back9Philly package, counting down the days to the US Open at Merion.]

In the interim, though, yeah, we still think the guy is back on his game, generally. Tiger Is Back. As a matter of fact, if the nation of Golf held a presidential election, we think he’d be on the ticket. But hey, feel free to vote, too.