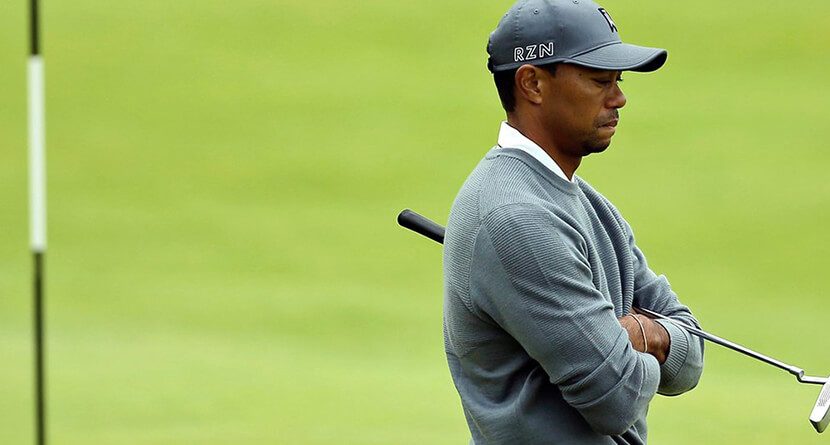 Tiger Woods announced the inevitable on Friday night, confirming most people’s suspicions that he would not be playing in the Open Championship in two weeks.

THIS JUST IN: Tiger Woods officially withdraws from The Open. pic.twitter.com/pVesjCqYHI

Tiger Woods has withdrawn from the Open and is replaced by Marcus Fraser of Australia.