Tiger Woods Announces He Will Skip The Masters 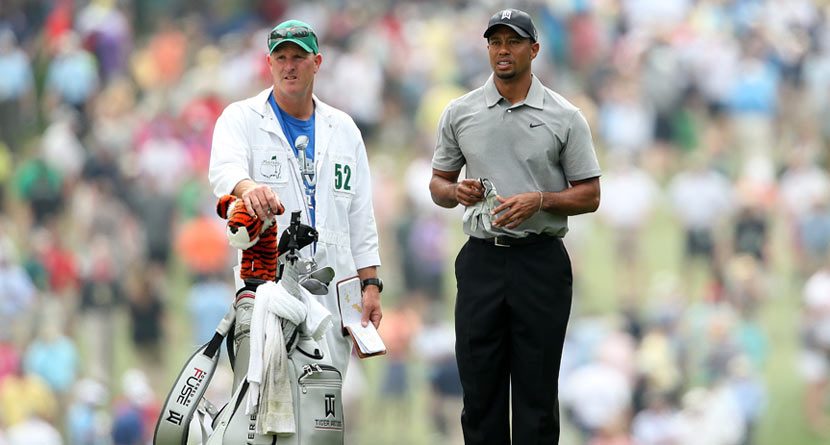 In what was late, even by Tiger Woods’ Friday news dump standards, the 14-time major champion held off on releasing his decision to not play in the 2016 Masters until after 8 p.m. EST Friday night.

I’ve been dedicated to my rehab and improving daily, but I’m not physically ready to compete in the Masters. https://t.co/vbrv5xXISu

The announcement came after weeks of unsubstantiated reports that Woods was practicing and had even played at Augusta National multiple times. Woods made the official announcement on his website.

“After assessing the present condition of my back, and consulting with my medical team, I’ve decided it’s prudent to miss this year’s Masters.

“I’ve been hitting balls and training daily, but I’m not physically ready. I’ve said all along that this time I need to be cautious and do what’s best for my long-term health and career. Unfortunately, playing Augusta next week wouldn’t be the right decision. I’m absolutely making progress, and I’m really happy with how far I’ve come, but I still have no timetable to return to competitive golf.

“I’d like to express my disappointment to Billy Payne, the Augusta National membership, staff, volunteers and patrons that I won’t be competing. It’s a very important and special week to me, and it’s upsetting to miss it. I do plan to attend the Champions Dinner and see a lot of old friends.

“I’d like to thank the fans for their concern and support. The last few years have been difficult, but I have the best fans anywhere, and I want them to know that.”

If we’re being honest, and despite the false hope spread online about Woods’ possible return at the Masters, his decision to sit out his favorite tournament in the world is a good indicator that perhaps this time his recovery could be different.

We’ve heard from Woods in the past that he’s listening to his doctors and taking the cautious route only to see him return to action too early and re-aggravate his injuries. While not playing Augusta isn’t a sure-fire sign that he’s actually taking the long view this time, it’s certainly a step in the right direction.

The next question becomes whether or not we will see Woods at all in 2016. If there was any truth to the rumors that he was eyeing Augusta as his first tournament back, then logic would tell us he’s somewhere near ready. However, he reiterated his “no timetable” stance in his release.

Okay don’t start with the Tiger/USOpen stuff. Let’s see how he returns. Oakmont is the hardest course in the world.

If he is to come back this year and he’s as close to doing so as we have been led to believe, his tournament, the Quicken Loans National, the week after the U.S. Open seems the most logical.

But since when has logic applied to Tiger Woods?