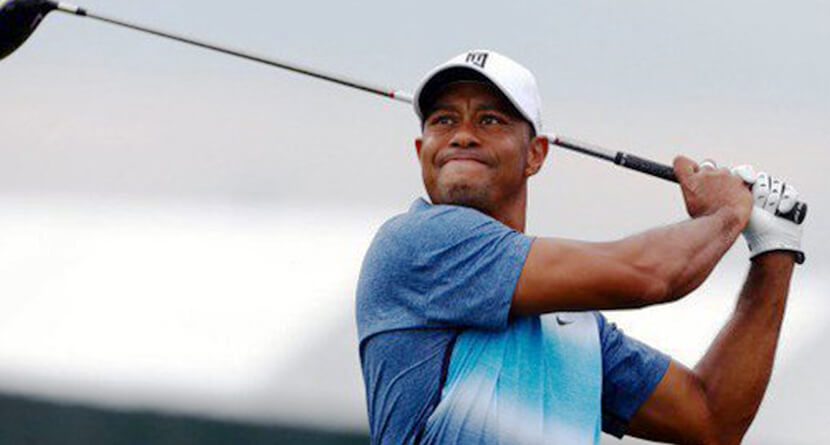 Without the hype and anticipation that surrounded Tiger Woods’ decision for the first major championship of the year, the 14-time major champion cut out all speculation of whether he would play in the U.S. Open next week at Oakmont with a simple Tuesday evening tweet.

Continuing to make solid progress but not ready to play US Open & Quicken Loans, will be hosting QLN for TWFound. https://t.co/zs98S9GrhA

In a simple three-paragraph statement posted to his website, Woods recycled his latest catch phrase, “making progress, not ready.”


“While I continue to work hard on getting healthy, I am not physically ready to play in this year’s U.S. Open and the Quicken Loans National. I am making progress, but I’m not yet ready for tournament competition.

“I want to thank everyone for their continued support. The positive texts, emails and calls I have received have been incredible. I want to wish Mike Davis, Diana Murphy, the USGA, the players and everyone at Oakmont a very successful week.

“I will be hosting and attending my foundation’s tournament, the Quicken Loans National, at Congressional. It’s the 10th year of our tournament, and we continue to support the community, the military and the programs of the Tiger Woods Foundation.”

Woods’ Quicken Loans National, which takes place the week following the U.S. Open, was a popular date among speculators for his return. However, it seems that Tiger, despite the rumors surrounding how close he was to playing in the Masters, has understood that this would be his last comeback and it would have to go correctly.