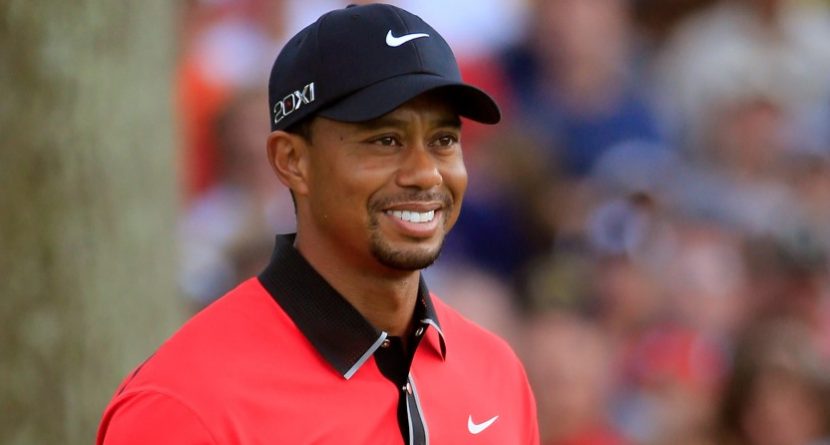 With a good year on the course coming to a close, Tiger Woods is looking forward to a better 2014. In his second blog post of the year, he recapped 2013 and explained why he’s positive about 2014.

Woods first expressed thanks to everyone associated with his foundation’s World Challenge event at Sherwood Country Club in Thousand Oaks, Calif., and noted the increased level of play now that world ranking points are involved for the players. And he explained why the tournament’s move next year to Isleworth Golf and Country Club in Orlando makes sense – most of the top players are based on the east coast.

Woods then discussed why 2014 could be a big year for his golf game: he’s got momentum from solid play at the end of 2013; he’s “really excited about” his Nike VRS Covert 2.0 driver, which helped him drive “a little further and definitely straighter” than he had been previously; and he’s excited about the major championship locales, saying “I’ve won at three of the four venues – Augusta National, Valhalla Golf Club and Royal Liverpool – and on Pinehurst No. 2 (U.S. Open), I’m trending the right way, having finished third and second.”

Prior to all that, though, people are curious to know if Woods will be at the Sochi Olympics to watch his girlfriend, Lindsey Vonn. He still has yet to make a commitment. In his blog, Woods said he’s putting his clubs away for the time being so he can spend more time with his kids and support Vonn. As you may know, she’s working her way back to peak skiing form after knee surgery to repair a torn ACL and MCL.

“I’ve had my share of experiences in that regard — unfortunately — but I think it helps her in a sense because she can bounce ideas off me about what to expect,” Woods wrote. “It is a frustrating process and really difficult to go through.”

Woods pointed out how he and Vonn approach their sports very similarly: “We both work very hard and are prepared for our seasons. And when we’re ready to go, we give it everything we possibly have and there’s no holding back.” Among the differences, of course, are Vonn prepping to fly down a mountain at 80 mph and Woods trying to perfect the little things in golf.

Vonn is looking good in her rehab and has begun competing again. But about attending the Games, Woods wrote, “As far as Lindsey competing in Sochi, we’re very hopeful. It all depends on how that knee is.” To close his column, Woods said he’s thrilled to see grass growing on his golf course design – El Cardonal at Diamante Cabo San Lucas – and gave a shout-out to his alma mater’s football team. He won’t be able to watch Stanford in the Rose Bowl, but he already knows where he’s going to watch it.

And so concludes what may be the most social month ever for Tiger Woods. This second blog post of the year came during the same month in which he tweeted nine times and sent out one Instagram photo. The only other month he tweeted as often was April, when he took to social media to explain his rules violation at the Masters. And that month didn’t include a blog post or Instagram pic.

We look forward to a possibly more social Woods in 2014.