Tiger Woods’ Bluejack National Has ‘The Feel of Augusta National’ 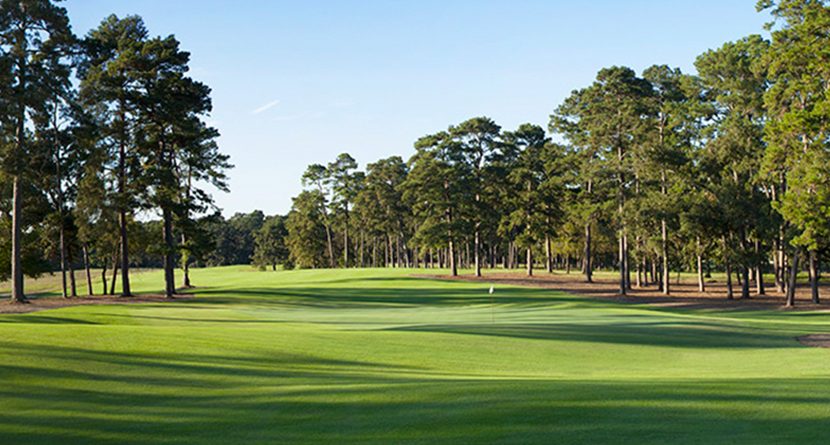 Tiger Woods’ first golf course design in the United States opened earlier this month and last week, Dave Stockton, Jr. went down to Montgomery, Texas to give a clinic as part of the opening festivities. The former PGA Tour player and one-third of the Stockton Golf family gave Bluejack National rave reviews, including comparing the course to Augusta National.

“(Tiger) did a helluva job with this design,” Stockton told GolfDigest.com. “It did have the feel of Augusta National with the pine trees and elevation changes and the slopes. There were a limited number of bunkers and it’s not crazy with the bunkers around the greens.”

Augusta was an inspiration for Woods and his team. The Georgia Gem is a place at which Woods has won four times, but the beauty of the layout in Woods’ estimation is that it boasts different challenges than many other courses he has played.

“One of the neat things about when you go and play Augusta National is that you never lose a golf ball,” Woods said. “You may lose on in Rae’s Creek or something like that, but the vegetation has all been dug out. We’re trying to do the same thing here so that you can play one ball all the way around. Obviously, there’s some big lakes — stay out of the lakes. If you hit the ball in the tress, you should be able to find your golf ball.”

While Rory McIlroy may disagree that you’re not able to lose a ball at Augusta, the fact of the matter is that less looking for errant shots translates into quicker rounds.

An added feature of Bluejack National that Woods brought into the fold is The Playgrounds, a 9-hole pitch and putt that will make the course more accessible to new players. Woods said that playing rounds of golf with his 5-year old son Charlie has made him think differently about the realistic opportunity to get new players involved in the game.

Another innovation that Woods put on the property is The Fort, billed as “the world’s coolest hangout.” The family activity area will feature zip lines, ropes courses, a swimming pool, archery range and a “Little Fenway” wiffle ball field modeled after the home of the Boston Red Sox. Indoors at The Fort there will be a movie theatre, bowling alley, game room and more.

“The concept of the whole club and what they’re doing is truly special,” Stockton said. “It has a great relaxed feel being there, a family feel, where there’s something for everyone.”