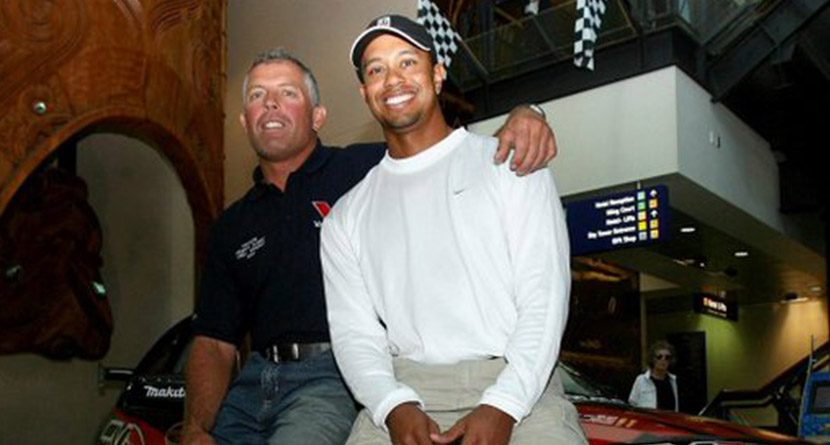 Steve Williams: Out of the Rough came out on Monday, available in the U.S. only as a digital version because, as Golf.com’s Michael Bamberger posits, that was the best way to avoid a lawsuit from Team Tiger. Williams’ list of employers makes him a prime candidate for book-writing. He has been on the bag for the likes of Peter Thomson, Greg Norman, Raymond Floyd, Woods and, currently in a part-time capacity, Adam Scott.

While any golf nut is happy to get a look behind the curtain of professional golf, when you mix in Williams’ high-profile relationship with Woods, you have the makings of a best seller. And as publishing companies do, prior to the release of a book, they put out an excerpt to whet the appetite of potential consumers.

Naturally, Woods was the subject of this excerpt as he has the broadest appeal. Adding to the rabid golf subset are those celebophiles whose interest in Woods only piqued when he slow-crashed his Escalade into a fire hydrant. The juicy appetizer was served up in the New Zealand-based publication, Stuff.

In the excerpt, Williams tells the story of the days leading up to the scandal breaking. The account goes on to relive the days, weeks and months after Thanksgiving 2009, Williams’ (completely understandable) disdain for that period of time, Woods’ radio silence and eventually Williams’ plan for a “come to Jesus” meeting with his man before the 2010 Masters. The whole thing reads like a scorned lover’s diary. Williams lauds his own impeccable values while at the same time discarding the notion of addiction as a disease and likening working for Woods as being ‘his slave.’

Civility and political correctness has proven over the years to be as foreign to Williams as humility, but this excerpt takes things to another level. The tale should make Williams a sympathetic figure: a seemingly stand-up guy tossed into a maelstrom of unrest that affects not only him, but also his family all because of the decisions of another man.

Somehow, though, Williams’ holier-than-thou patronization of Woods makes you wonder who exactly you should be feeling bad for here. Of course, we know the answer is neither Woods nor his team, all of whom were willing to throw Williams under the bus for their own personal gain, but Williams’ balky and tone-deaf retelling of the ordeal — not to mention the invocation of slavery from a man who was handsomely paid to routinely hand down his own brand of vigilante justice — doesn’t land.

All in all, this was a missed opportunity. Williams has lived one of the most unique experiences in the history of the game, but chose to use his platform to pump himself up, put Woods down and in the end, make them both sound like losers.