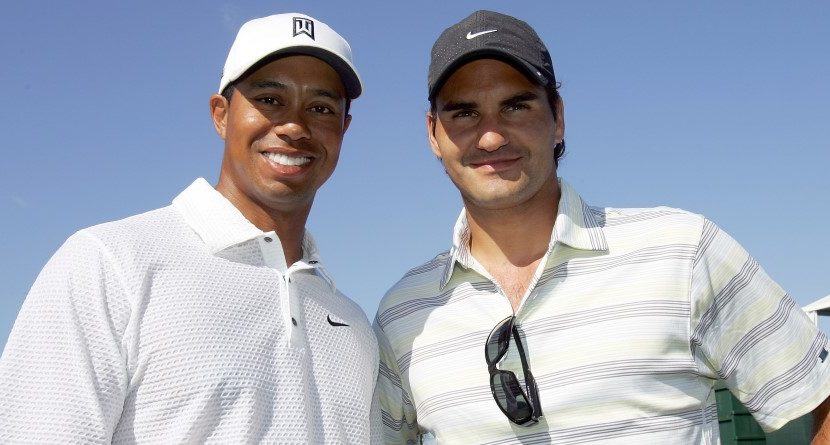 Following Roger Federer’s surprisingly early exit from Wimbledon, he’s assured of not moving up from No. 3 in the tennis world rankings. And his grip on the top spot in Forbes’ most powerful athletes ranking may be weakening too.

That’s because Tiger Woods is surging.

Golf’s world No. 1 returned to the top of the world’s highest-paid athletes list this year, largely because his athletic play earned him more coin and triggered some incentives in sponsor deals. His earnings – and thus, his power as it pertains to Forbes’ rankings – will only continue to soar if he can squelch his majors drought this month at the British Open.

Likewise, Federer is suffering through a Grand Slam drought, as he has not won a major title since Wimbledon last year. His biggest obstacle, though, is three other dominant athletes keeping him from these championships. Tiger’s biggest obstacle is himself, as there’s no one else in golf that warrants mention of being “dominant.”

And as far as the power rankings go, Woods’ prospects of remaining high in the athlete sector appear better than Federer’s because Woods’ golf course-design business could bring in dough for years to come. Federer can’t go around designing tennis courts as a second source of income.

Yet, Woods still needs to work on his marketability, an area which Forbes says he ranks in the bottom 15 of its celebrity list. His sex scandal from 2009 is still hurting his image.

But now that he’s returned to the top of the highest-paid athlete list, he shows that he’s doing something right. If Woods can notch some majors while Federer struggles to do the same, expect a new but familiar most powerful athlete in 2014.