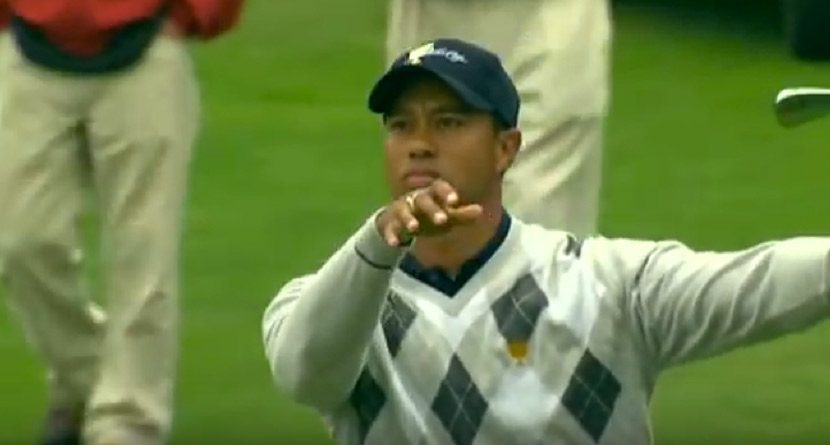 Birthdays are an excuse to shower people with gifts. Today, however, on Tiger Woods’ 40th birthday, we’re reminded of the gifts that Woods has given the golf world in his past two decades as a professional.

Despite the exceptional shot making or the estimated $1.2 billion he has put into the pockets of his fellow competitors over the years, Woods greatest gift has been personified throughout the modern-day PGA Tour. The very players Woods is trying to return from his third microdiscectomy surgery to compete against are a direct result of his dominance through the late 1990s and early 2000s.

Happy 40th @TigerWoods! You have inspired me to be great my entire life and driven me to pursue golf. Thank you. #Greatness #determination

Woods’ skill, bravado and dominance not only created and inspired the next generation of players, he laid out a blueprint for them. One that to this day, now at 40, he’s still writing.

And for all the good he inspired on the course, Tiger’s net of influence extends to his failures and shortcomings as well. Beyond the obvious missteps Woods made in his personal life, his current injury predicament paints him as a cautionary tale in the gym.

Coming onto the national scene with a sinewy build that would be expected from a fromer high school cross country runner, Woods is largely credited as the introducer of fitness to professional golf. From the time he was 21, Woods gradual bulking up was advantageous — a maturing body being groomed for major athletic achievement.

Yet, 20 years later the weight training for which Woods was originally celebrated has largely been condemned. Sure, there are advantages in moderation, but it was Woods who was first through the wall and is now bloodied. By following his example and avoiding his pitfalls, full fitness regimens are designed for golfers. Flexibility, core strength and symmetry are keys that are preached in the fitness truck on tour, not how much you can bench.

But that’s just one tentacle of Woods influence. By and large, Woods has been the most dominant athlete in any sport in the modern era. No one won at a more impressive clip than Woods and no one sustained that greatness for the amount of time he did. His legacy inside the ropes is the singular reason that professional golf will be sustainable long after he’s gone.

Whether that era has already begun or is still yet to come doesn’t matter.