Tiger Woods Has Another Back Procedure 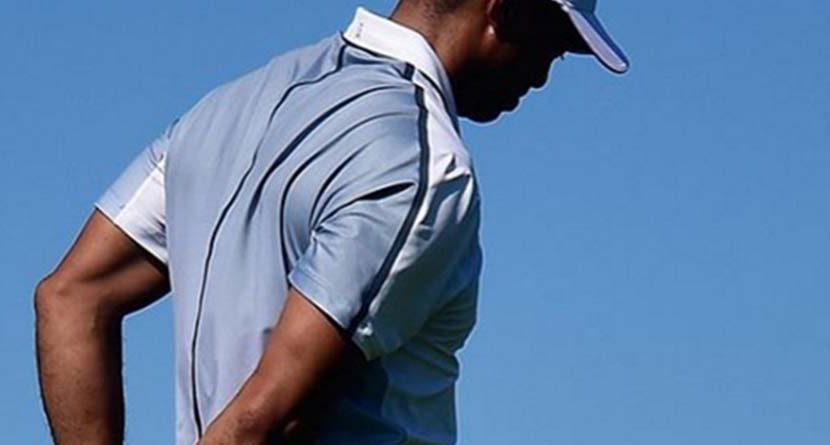 Tiger Woods announced on his website late Friday that he had another back procedure and is now on bed rest.

As has have been every surgery on his lower back, this follow-up procedure was “successful” and done by Park City, Utah neurosurgeon Dr. Charles Rich. This was the third time the 14-time major winner went under the knife in the past year and a half. Woods had his second microdiscectomy surgery done on Sept. 16 and the Oct. 28 follow-up was done to “relieve discomfort.”

Had a follow-up procedure on my back as the next step in my recovery. Staying strong & patient. https://t.co/ZAlbOEYGVE

Woods had his first microdiscectomy on March 31, 2014 after his back pain caused him to struggle and withdraw from early-season events. He returned just over three months later to compete, but, by his own admission, was never fully healthy.

A follow-up procedure is not uncommon, but is only necessary in 2-5% of cases.

“It’s one of those things that had to be done,” Woods said. “I have an outstanding team of doctors, and I’ll be back as soon as I can.”

The former world No. 1 will be unable to attend the final design visit at Bluejack National on Nov. 4, a course designed by Woods. He also canceled a conference call with media scheduled for the same day. He said on his website that he expects to travel to the Bahamas in early December to host the Hero World Challenge, a limited field event that benefits the Tiger Woods Foundation.