Tiger Woods Has No Love for Dufner’s Auburn Tigers 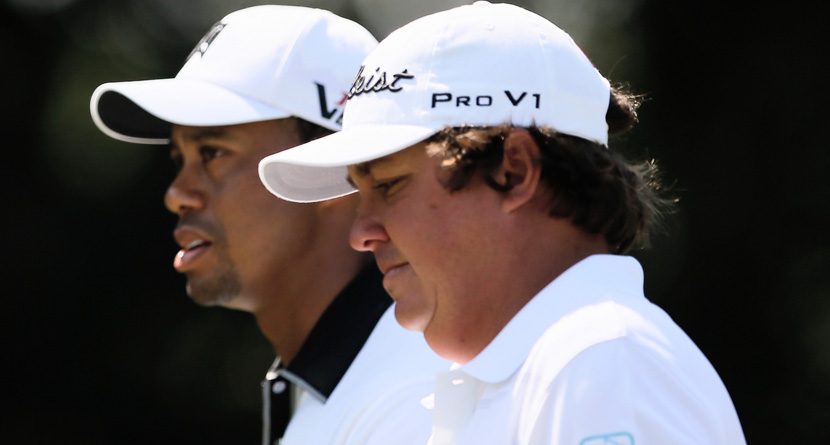 What’s the worst thing about being a fan of an immensely successful college football team? If you’re Jason Dufner, it’s the possibility of missing out on watching his Auburn Tigers play in the SEC Championship game this weekend.

Dufner is scheduled to be one of the 18 men playing in the Northwestern Mutual World Challenge – hosted by Tiger Woods – on the same weekend the aforementioned championship game will take place.

Sounds like a pretty crappy problem to have, right? Dufner thought so as well, so he took to Twitter to ask Tiger to shorten the tournament to 36 holes (Thursday-Friday) so he could watch the game.

Let’s just say Tiger ain’t got any time for that.

@TigerWoods total B.S. It was worth a try tho.

Well, you can’t blame a guy for trying.

Related Links: Jason Dufner As Thrilled As Can Be With Auburn Upset