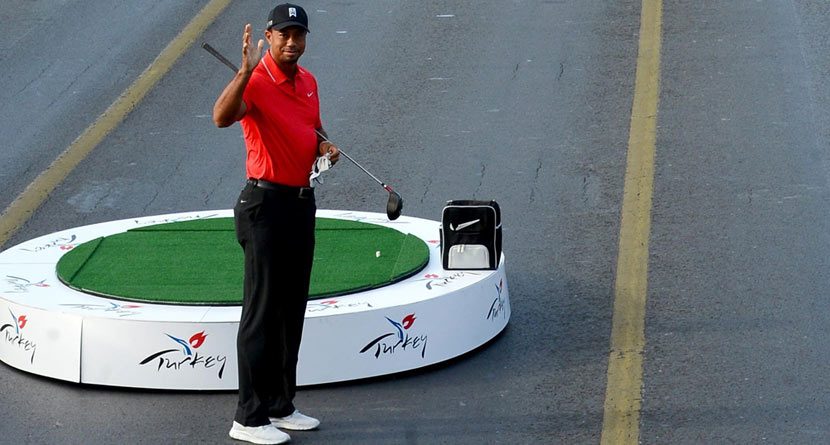 Woods is in Turkey this week for a golf tournament. In addition to a $3 million appearance fee (!), Woods was also asked to do some crazy stuff. One such activity included hitting a golf ball atop Istanbul’s Bosphorous Bridge, which literally connects Asia and Europe. The event reportedly took place between 2pm and 3pm local time, holding up lines of workday commuters in the process. Something tells me that this wouldn’t fly in a city like New York or Chicago, but then again, New York nor Chicago have to pay Tiger Woods $3 million to show up.

This Turkish citizen was none-too-happy to get caught in a traffic jam.