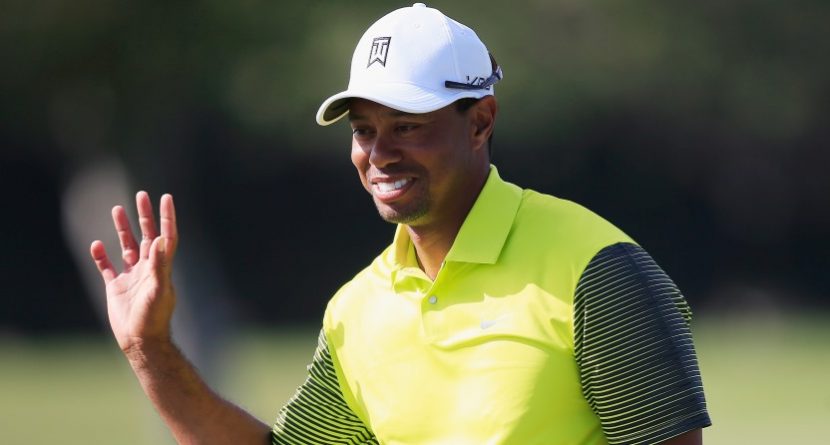 Breaking news: Tiger Woods makes a lot of money. Golf’s world No. 1 isn’t collecting much this season on the course – just $86,919 in two PGA Tour events completed this year, and he’s now out indefinitely following back surgery – but he’ll be just fine living off his endorsements.

Wall St. Cheat Sheet compiled a list of the wealthiest athletes based on their endorsement dollars, and Woods is No. 1 with $65 million. Well, that number actually ties him with tennis superstar Roger Federer, but the list gives the nod to Woods, who counts Nike, Rolex, Upper Deck, NetJets, Fuse Science and Kowa among his sponsors. In other news, Tiger Woods is the most popular athlete in the state of Vermont. Why? We have no idea. Has he even been to Vermont?

Anyway, back to the endorsements. Coming in at No. 3 is the other golfer you might suspect to appear on a list such as this: Phil Mickelson. He collected $44 million in endorsements in 2013 from deals with KPMG, Rolex, Callaway, Barclays, Amgen and ExxonMobil. That money should be plenty to sustain Lefty while he too endures a tough year on the course (so far “only” $490,862).

The rest of the top 10 is a who’s who in sports, but also includes a “who’s that?” Fourth is LeBron James ($42 million), fifth is Kobe Bryant ($34 million) and sixth is Mahendra Singh Dhoni. He’s a cricket player from India who earns $28 million in endorsements. Next is Usain Bolt ($24 million), followed by the only female on the list, Maria Sharapova ($23 million). Then comes Cristiano Ronaldo ($21 million) and Rafael Nadal ($21 million).