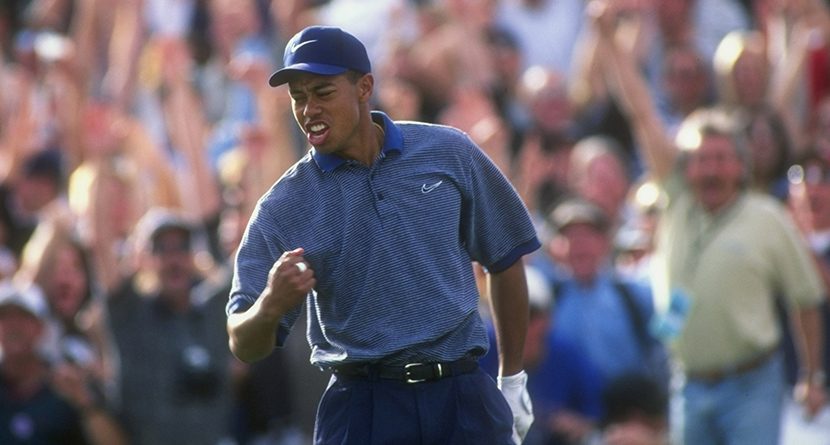 Golf’s biggest name is officially headed to its loudest tournament. In a Twitter post, Tiger Woods announced — in grand fashion, I might add — that he’ll be starting his 2015 season with back-to-back stops at the Waste Management Phoenix Open and Farmers Insurance Open.

Starting my year off at Phoenix & Torrey back-to-back weeks. I’m ready to go. Should be a lot of fun. http://t.co/sRnFLf6NvM

This is music to the ears of golf fans everywhere as these are two of the most exciting events of the year.

Torrey Pines, of course, is the site of his epic U.S. Open playoff win over Rocco Mediate. And, Woods hasn’t played in the Phoenix Open since 2001, but you can be sure the crowds will be even bigger and more raucous with him in the field when the event begins Jan. 29. As if the memory of his 1997 ace on the infamous par-3 16th isn’t enough to get you excited, the Super Bowl will be in town that week.

To say it will be a circus is a par-5 of an understatement.

Picture this: a wild Sunday finish followed by kickoff in the big game. Heaven for a sports fan, indeed.

Adding to the storylines this year at the Waste Management Phoenix Open is the massive overhaul led by designer Tom Weiskopf. In November, Back9Network got a close-up look at the changes, which will undoubtedly come into play during the tournament: