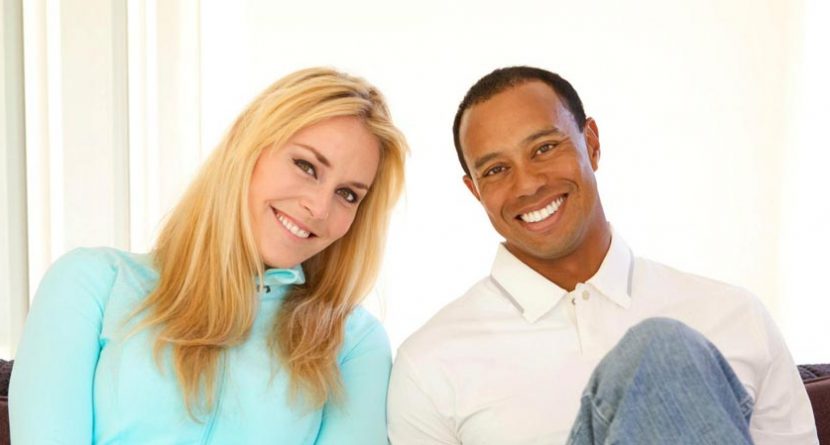 By now, everyone knows that Tiger Woods is dating Olympic skier Lindsey Vonn.

Rumors linking the two have circulated since last fall. When Vonn, who won a gold medal in the downhill event at the 2010 Olympics, tore up her knee in a bad crash last month, Woods sent his private jet to pick her up in Austria.

After all the whispers, the couple finally came out this week and confirmed what was painfully obvious.

One “media outlet,” however, doesn’t believe it.

Celebrity gossip site PerezHilton.com suggested today that the whole thing is a publicity stunt to help both of their careers. Before you judge, here’s what the site said:

Considering that the golfer’s image was DESTROYED when he cheated on his ex-wifey Elin Nordegren back in 2009 with 27 mistresses, and because the Olympic skier is getting ready to compete in the 2014 Winter Olympics — garnering a little more publicity won’t hurt either of them.

That’s actually not that bad of an argument. Woods is certainly in need of some good press, while Vonn would like some exposure outside of the Olympic sports world to help her brand ahead of next year’s Winter Olympics.

And you know, Woods has already made Vonn a household name (if not yet, he will). Plus, the photos they released this week sure make him look like an all-American guy.

But seriously? A publicity stunt? That’s about as believable as the story I tell about my hole in one (Actually there is no story. I’ve never made a hole in one).

I generally don’t put a lot of stock into a Web site that uses terms like “ex-wifey” and that likes to use the caps lock key.

They seem genuinely happy. Let’s be happy for them.